Jason Momoa Had the Best Accessories at the 2019 Oscars 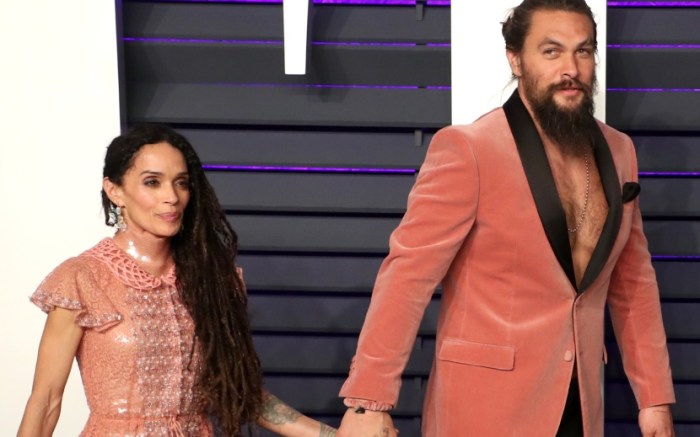 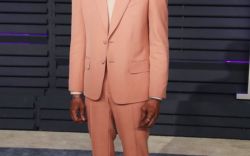 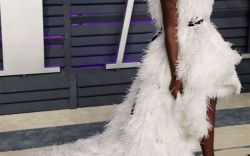 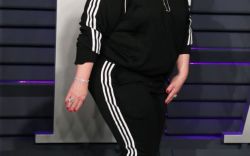 “Aquaman” star Jason Momoa attended the Oscars for the first time last night, where he coordinated with wife Lisa Bonet for the show and the after-party. They both wore pink Fendi ensembles for the night.

For the annual star-studded Vanity Fair Oscar party, the 39-year-old Hawaiian-born actor showed off a bold coral velvet blazer featuring black lapels with no shirt underneath. He paired it with black tuxedo pants and chic black patent leather Chelsea boots. The best part of his look? A pink scrunchie, which held his famous locks in a ballerina bun.

Meanwhile, the 51-year-old former “Cosby Show” star donned a pretty pink embellished gown with ruffly sleeves and neutral-toned booties. “We have the honor of wearing Karl Lagerfeld. He designed Jason’s tux personally for him, and this is from his last couture collection from Fendi,” Bonet told ABC’s red carpet pre-show.

Get a behind-the-scenes look at Momoa and Bonet’s Oscars fashion.

Check out more of the best-dressed celebs at the 2019 Vanity Fair Oscar party.

In the 2019 Oscars Shoe Game, Only Two Brands Came Out on Top