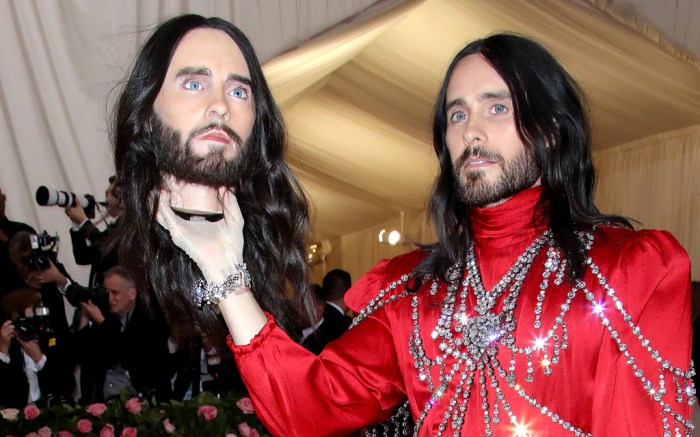 Leave it to Jared Leto to bring an unbeatable accessory to the 2019 Met Gala: his own head.

He arrived on the red carpet tonight in New York holding a model of his own head that matched the actor down to his long hair and piercing blue eyes. He chose to balance out the wild piece with an even wilder red ensemble from Gucci, featuring sparkling embellishments and a glittering glove.

He matched his metallic boots to the silver in his outfit.

Gucci fans will recognize the idea of holding your own head as an accessory from the brand’s fall ’18 show, where models held replicas of their own heads on the runway.