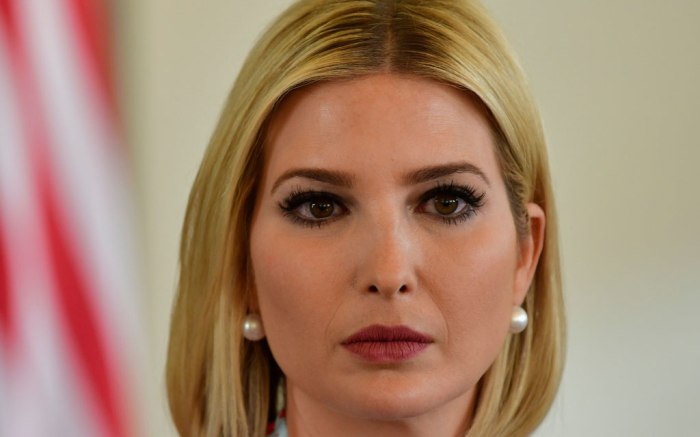 Ivanka Trump showed off her business-chic style yesterday at the Alabama Robotics Technology Park in Tanner, Ala.

The 37-year-old first daughter wore a baby blue pantsuit with a cream-colored blouse underneath.

Today our @mazda_toyota plant – our newest in America – pledged to train 4,000 workers. Thank you @IvankaTrump for your commitment to America’s workers. #PledgetoAmericasWorkers pic.twitter.com/eItURcLnyg

For footwear, Trump went with nude power pumps. Stilettos are her favored shoe choice for official engagements in her role as senior White House advisor.

Pumps have received criticism in recent years for their lack of comfort and inherent constraints, but the silhouette remains by and large the default shoe for power dressing.

Trump remains a fan of the heeled silhouette, often choosing stilettos from brands like Jimmy Choo, Burberry and Gianvito Rossi. That said, the former “Celebrity Apprentice” judge has also worked more casual styles into her wardrobe, like Rothy’s flats and Gola for J.Crew sneakers.

Click through the gallery to see more of Ivanka Trump’s celebrity shoe style.