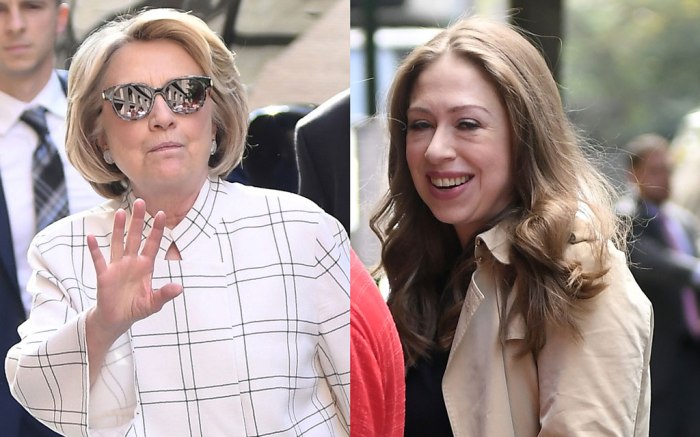 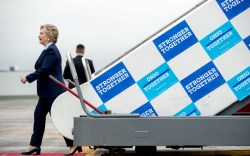 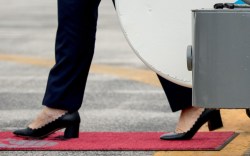 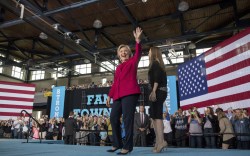 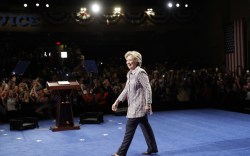 When it comes to style, there’s nothing wrong with the classics — just ask the Clinton ladies.

Hillary and Chelsea Clinton sported never-fail style combos complete with simple pumps today as they headed to ABC Studios in New York for an appearance on daytime talk show “The View.”

Hillary sported a white checked tunic top over black, flare-legged pants. The former Secretary of State completed her look with a pair of shiny black pointy-toed kitten heels. The shoes featured cutouts around the toebed that enhanced the breathability around her piggies.

Set on a stiletto heel, the shoes feature a shiny patent leather upper and a rounded toe. The shoes appeared to be a tried-and-true staple of Chelsea’s wardrobe, as she’s been spotted in similar looking heels many times over the years. The shoes also show some scuffs and puckering, telltale signs of wear and tear.

The Clinton family is one of America’s best known political families, and the women have developed a reputation for power dressing. While Hillary lost the 2016 presidential election, she helped bring back the pantsuit by wearing it throughout her campaign. Hillary and Chelsea are currently on the talkshow circuit as they promote their book, “The Book of Gutsy Women: Favorite Stories of Courage and Resilience.”

Click through the gallery to see Hillary Clinton’s style during her 2016 presidential campaign.