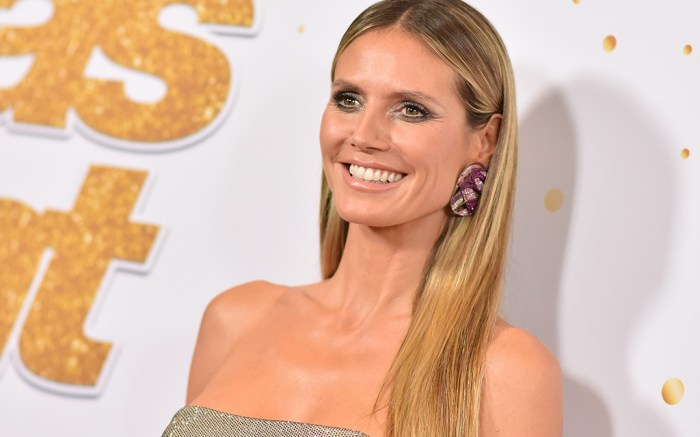 It’s no surprise Heidi Klum isn’t afraid to show some skin on the red carpet. She’s nicknamed “The Body,” after all.

A red carpet fixture, the supermodel has a signature style that consists of wearing leggy looks and statement shoes.

For instance, in March last year, Klum was seen on-set for “America’s Got Talent” wearing Giuseppe Zanotti’s G-heel. She paired the unique sandals, which are a specially sculptured stiletto, with matching sequined short shorts and a blazer in red.

While she is often seen wearing minidresses, Klum is also a fan of gowns with an extremely high slit.

At the 2018 Critics’ Choice Awards in January, the model stepped out wearing a Georges Hobeika dress and Stuart Weitzman shoes. The sexy look featured cutouts, a deep V-neck and a slit so high that not only did it hit Klum’s hip, but it also gave way for the perfect shoe shot.

And of her most glamorous leggy look in 2018 came in the summer. Klum hit the carpet at Ocean Drive‘s 25th Anniversary Swimsuit Issue celebration in July wearing Giuseppe Zanotti metallic gold pumps and a sparkling gold sequin Greta Constantine minidress, which put her long legs on display.

Click through the gallery to see more of Heidi Klum’s leggiest looks on the red carpet.