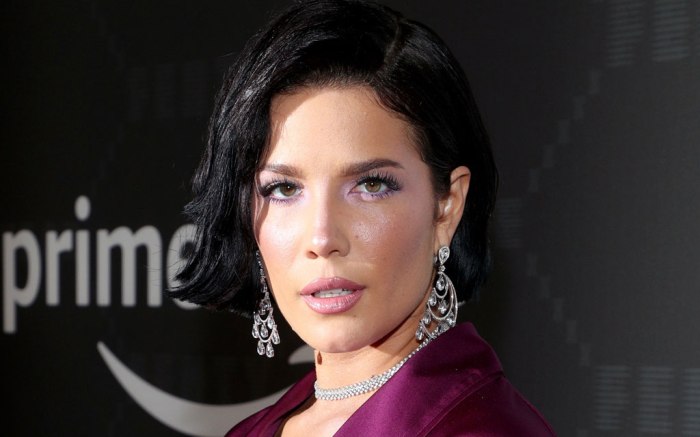 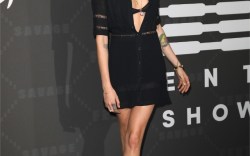 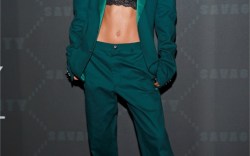 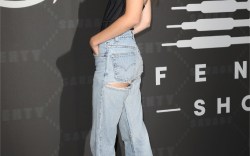 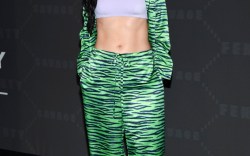 The pop star wore a silky purple pajama set from the lingerie brand, which consisted of a long-sleeved button-down top and matching shorts.

Rather than choose a cozy pair of slippers to complete her bedtime look, the “Bad at Love” singer selected crystal-covered sandals set on a slim stiletto heel. The ankle-strap shoes were perfect for showing off a knife tattoo on Halsey’s calf.

Like Halsey, Kacey Musgraves opted for a Savage x Fenty pajama look, choosing a green and blue zebra-striped set with a purple sports bra underneath.

The country star completed her look with a pair of pointy-toed black pumps from Manolo Blahnik.

Halsey was on the list of performers for the show, joining a star-studded lineup that also included Big Sean, A$AP Ferg, Migos, DJ Khaled and Fat Joe. Supermodels Gigi and Bella Hadid, Cara Delevingne and Joan Smalls all walked in the show.

The runway show will be streamed on Amazon Prime on Sept. 20, but the collection is already available on the site now.