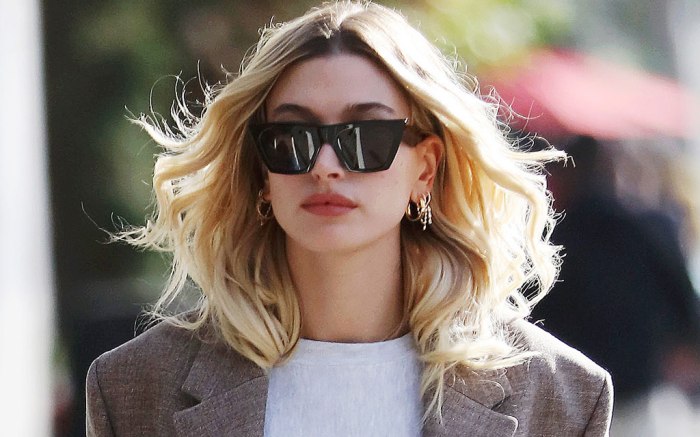 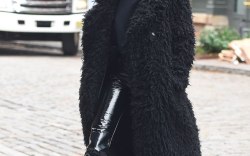 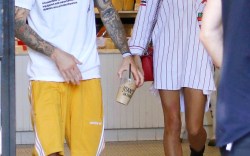 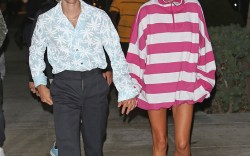 Hailey Baldwin sure knows how to draw attention — even on a simple coffee run.

The model stepped out on Thursday in Beverly Hills channeling the late Princess Diana’s signature street style combination of an oversized blazer and boots.

Heading out for a cup of joe, Baldwin was photographed in a tan one-size-too-big blazer worn over a white sweatshirt bearing what appeared to be her father’s name, Stephen Baldwin, in varsity font. (The top read “Stephen College,” with the lettering “Dad” emblazoned front and center.)

She opted for loose-fitting PVC trousers in a warm shade of mahogany, tucked into a pair of above-the-ankle mink-hued sock boots with a square toe and an angular heel.

Completing the look, Baldwin let down her blonde waves and clipped on a few gold hoop earrings along with a pair of oversized black sunglasses.

The 23-year-old star’s appearance comes a couple days after an eye-opening interview with British Vogue, where Baldwin shared personal stories, from the details of her wedding to Justin Bieber — “it was the best day of my life” — to the dangers of social media.

“I think social media is a breeding ground for toxicity and people creating false drama between women and trying to put women up against each other and create these narratives that are just … toxic,” she told the magazine. “I think that has to change and that has to stop.”

Click through the gallery to see Hailey Baldwin’s style moments in combat boots.