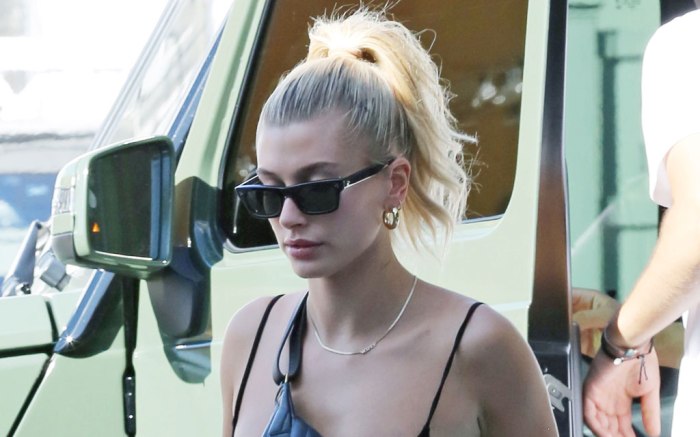 Hailey Baldwin has the formula to chic street style figured out.

The 22-year-old model was spotted en route to her hair salon in Los Angeles yesterday clad in a street-savvy look complete with trendy white sneakers.

Baldwin wore a black spaghetti strap tank top tucked into high-waisted Mm6 Maison Margiela pants that look as if they were put on inside out. The wide-legged pants sell on Farfetch.com for $680.

The “Drop the Mic” co-host has a closet full of white sneakers, and yesterday’s pair was a classic: Nike Air Force 1s. Available for $90 on Nike.com, the shoes have a leather upper, silver hardware and a rubber outsole. The Air Force 1 was initially launched in the ’80s as a basketball shoe before becoming a lifestyle silhouette.

When it comes to style, Baldwin told FN,she likes to embrace a “tomboy chic” look.

“I like boys’ clothes,” the 2017 FN Style Influencer of the Year said. “There’s something super-cool about a pretty girl who can put on a baggy pair of jeans and heels, and have this sexy tomboy vibe.”

Flip through the gallery to see more of Hailey Baldwin’s best shoe style.