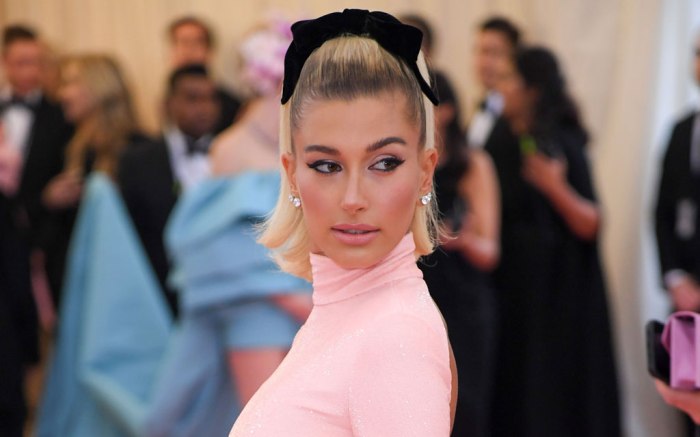 Hailey Baldwin brought back the most unlikely trend at the Met Gala: the sparkly thong.

The 22-year-old model hit the red carpet at the Metropolitan Museum of Art in New York tonight wearing a pale pink Alexander Wang gown. In addition to featuring a sizable train, the gown was backless — and a sparkly thong was visible as she worked the red carpet.

Low-cut pants showing off thongs were popular in the early aughts, and it seems that Baldwin is using the Met Gala as a venue to revive the trend.

The “Drop the Mic” co-host wore her hair pulled into a high ponytail, which was held in place with a black bow. Her shoes could not be seen underneath the dress.