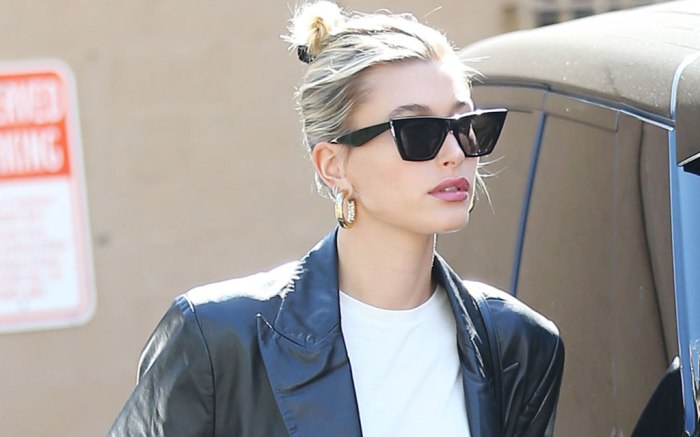 Hailey Baldwin takes her biggest style inspiration from the ’90s, but she channeled a different decade — the ’60s — with her look yesterday.

The 22-year-old model was spotted out and about in Los Angeles wearing a black-and-white look complete with white boots, a modern take on the ’60s go-go boot.

While the boots feature a folded-over detail that feels very of the moment, they’re reminiscent of the white mid-calf boots that appeared everywhere in the ’60s. Women often teamed the shoes with printed or color blocked minidresses for leg-baring looks similar to Baldwin’s.

Jacquemus has been trending among the celebrity set lately, and the Les Bottes Pantalon style has another A-list fan: Kendall Jenner. The reality star teamed it with a little black dress while out and about during New York Fashion Week earlier this month.