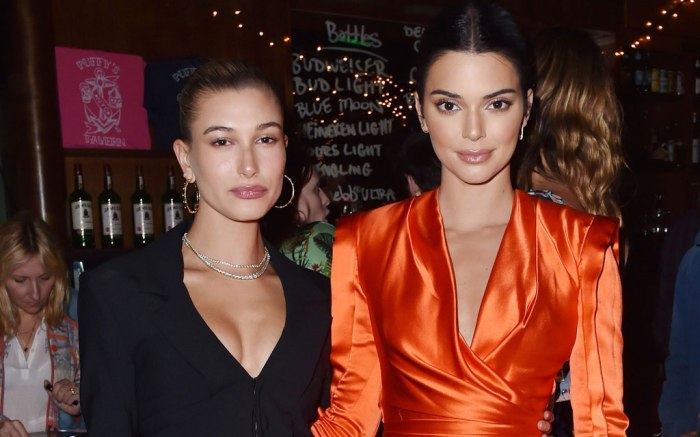 Hailey Baldwin and Kendall Jenner are two of the biggest supermodels in the business. But when it comes to style, the girls have wildly different tastes.

The duo showed off their unique looks as they stepped out to day 1 of Coachella in Indio, Calif. last night.

Jenner looked chic in a fitted gray top with black leathery pants. On her feet, the 23-year-old “Keeping Up with the Kardashians” star sported black Western boots. She wore her brunette locks down.

The 22-year-old wore her blond hair pulled back in a tight bun and accessorized with crystal-covered earrings.

Baldwin and Jenner have been friends for years, having become pals through Fashion Week events. Jenner, who is the highest-paid model in the world, works with Adidas Classics as a brand ambassador. Baldwin has worked with the Three Stripes as a stylist for Adidas x JD Sports shows at London Fashion Week.

The 2017 FN Style Influencer of the year became Hailey Bieber in 2018 when she married pop-star Justin Bieber — a long-time acquaintance of the Kardashian-Jenner family. The “Baby” singer shared a throwback shot with Jenner to his Instagram yesterday, captioning the image: “Coachella better be this good this year @kendalljenner.”

Coachella better be this good this year @kendalljenner

Click through the gallery for more of Kendall Jenner’s best street style.

Watch the video below for more on Hailey Baldwin’s iconic street style.