Hailey Baldwin Teamed Her Cherry-Print Minidress With This Controversial Shoe 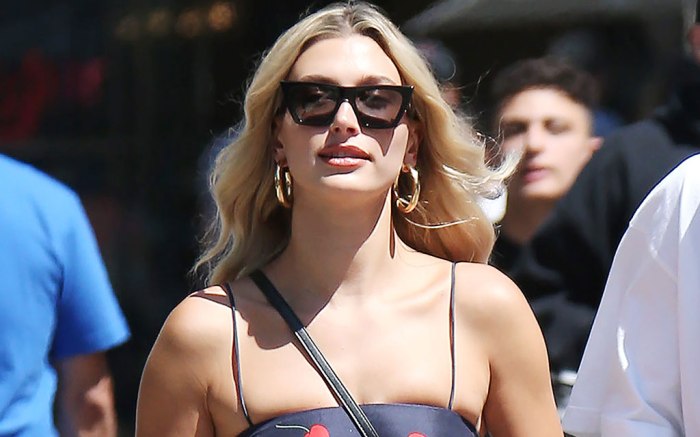 Hailey Baldwin often teams her summer dresses with sneakers, but she swapped out the kicks for slippers yesterday in Los Angeles.

The 22-year-old model was out and about with husband Justin Bieber. She wore a cherry-print minidress from Realisation Par ($180) with Gucci’s Princetown mules.

A popular choice among the celebrity set — with fans including Vanessa Hudgens, Gigi Hadid and Jaden Smith — The Princetown style has a sleek leather upper, with an elongated toe and gold horsebit detailing. Baldwin’s pair, which features shearling lining, is available from Nordstrom.com at a $995 price point.

Some controversy has centered around the Princetown mule, with animal rights advocates protesting Gucci’s use of fur trim. Previous iterations of the style were made with kangaroo fur, but the Italian luxury label has since switched to shearling (sheep fur). Although Gucci has gone fur-free, fluff from lambs, alpacas and goats is OK under its guidelines.

When it comes to fashion, Baldwin says she’s “very aware of what people my age and younger think is cool.”

“It’s about not being afraid to mix things together,” she told FN in 2017. “Being comfortable is really important. Even if I’m in heels, I make sure I’m in sweats or not something that’s super-tight from top to bottom. I also like doing something really simple, such as wearing a minidress with thigh-high heels because I like that ’90s long-leg vibe.”

Flip through the gallery for Hailey Baldwin’s best shoe moments.

Hailey Baldwin Shows How to Dress Down a Pantsuit With Sneakers