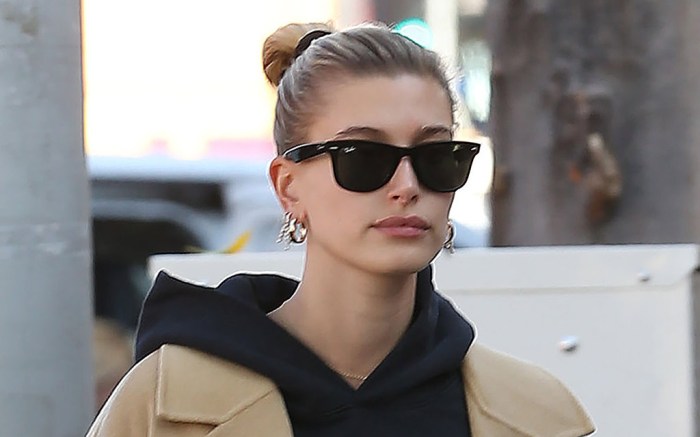 Hailey Baldwin is ready for winter.

The 23-year-old model hit the streets of Los Angeles on Dec. 9 in a chic outfit perfect for the season’s dropping temperatures.

Baldwin wore a camel coat over a black hoodie and Nike Pro leggings ($55 on Nordstrom.com).

For shoes, the “Drop the Mic” co-host reached for Nike Zoom 2k sneakers in an off-white and orange colorway. As ’90s-inspired fashion continues to make its comeback, the Zoom 2k takes inspiration from the next decade, the aughts. The running shoe boasts Zoom Air technology, with a textured rubber outsole and a grosgrain pull tab at the heel.

The 2017 FN Style Influencer of the Year completed the look with Ray-Ban sunglasses and a Staud croc-embossed handbag, available for $205 on Farfetch.com.

When she’s out and about, Baldwin can often be spotted in sneakers. Her favorite styles include the Nike Air Force 1, the Vans Old-Skool and the Adidas Continental 80.

In a 2017 interview with FN, Baldwin’s stylist, Maeve Reilly, said that Baldwin will wear “sneakers day or night.”

“Hailey will wear a sneaker to a Tom Ford after-party during Fashion Week and not care,” explained Reilly, who also works with Ciara, Normani and La La Anthony.