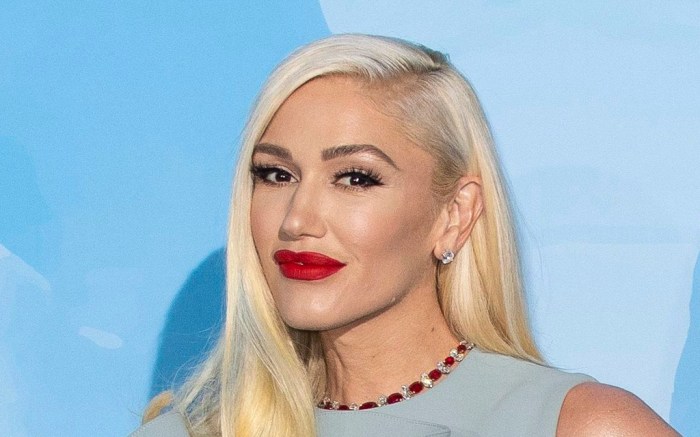 Gwen Stefani attended the Monte Carlo Gala for the Global Ocean Thursday night in a look that literally made waves.

In a nod to the event’s theme, Stefani appeared in a baby blue Elie Saab dress with a long train and bodice pleats that mimicked undulating waves. She paired the dress with shimmering gold fishnet stockings.

The fishnets peeked through her see-through footwear. Her choice followed the PVC trend, one that has been steadily present in the industry over recent seasons. The “Hollaback Girl” singer’s “Degrastrass” pumps by Christian Louboutin, retailing for $1,095, featured a pointed toe with iridescent studs.

Her ensemble reflected the opulence of the event — the Third Annual Monte Carlo Gala for the Global Ocean hosted by Prince Albert II of Monaco, that is known for the “most outrageous live auction items ever offered,” from supercars and powerboats to private royal dinners, according to Forbes magazine. The auction raises funds and awareness for issues plaguing global waters, including aquatic species extinction, the loss of coral reefs and more.