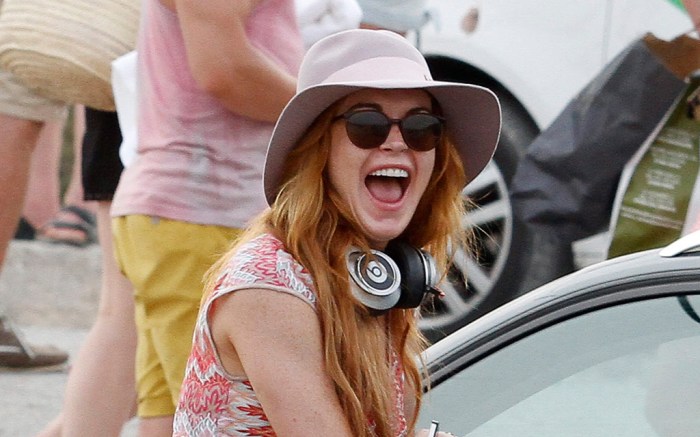 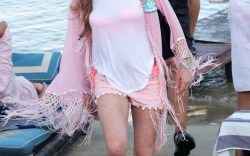 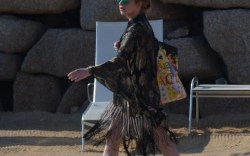 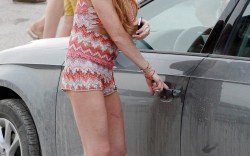 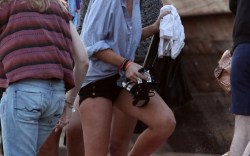 Lindsay Lohan knows a thing or two about spending time on a beach.

From tanning to running her multiple beachside clubs, the ambitious entertainer has enough sandy experience that she is now running a group of beach clubs and starring in her own reality television show on MTV that will chronicle the mogul in the making. “Lindsay Lohan’s Beach Club” debuts on Tuesday at 8 p.m. ET.

The show follows Lohan as she opens her newest Lohan Beach House in Mykonos, Greece.

Here, we take a look at her beachy past style.

Pictured above in the city last year, Lohan rocked a multicolor swimsuit, black sheer cover up and tan flip flops as she grasped a purple water balloon — hopefully meaning we get to see LiLo in a balloon fight on the show.

Back in 2014, she proved her interest in the beach club life, leaving one in Ibiza, Spain. Her outfit consisted of a chevron romper, a floppy hat and brown gladiator sandals with gold buckles.

Lohan’s love for a good time in the sand goes back almost 13 years where she took to the shores of Malibu, Calif., to celebrate the 4th of July in a red, white and blue look, with the red coming from her bright sandals.

See more of Lindsay Lohan’s beach style over the years.