These Are the Craziest Looks at the 2019 Grammy Awards 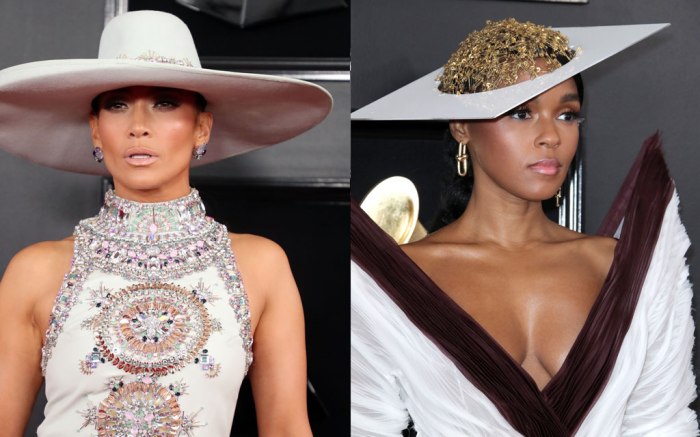 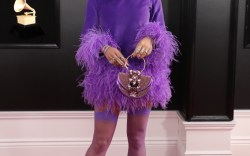 As the most casual of the major awards show, the Grammy Awards often bring out some more experimental looks.

This year’s show was no different, with major stars like Jennifer Lopez and Janelle Monae stepping out in surprising ensembles.

J-Lo hit the red carpet in a bold Ralph & Russo look. The “On the Floor” singer sported a white Ralph & Russo gown with silver-tone embellishment. While the dress itself wasn’t out of the norm, Lopez added an unexpected element with her accessories, rocking a wide-brimmed hat.

Monae also went with a wild hat. The star wore a white Jean Paul Gaultier dress with exaggerated shoulders and an asymmetrical hemline, selecting dark pumps for her footwear.

She surprised in a gold hat that was placed unevenly on her head.

Elsewhere, Katy Perry wore a Barbie-inspired pink dress with silver detailing at the neckline. She wore asymmetrical earrings to complete her bold look.

Meanwhile, Cardi B looked crazy in a Thierry Mugler dress from 1995 that was made to resemble a pearl coming out of a clam shell and came complete with a conical pearl-adorned head topper.

Rounding out the pack of wildly dressed celebrities was Kylie Jenner, who looked stylish in a Balmain look from the brand’s first-ever couture collection.

Click through the gallery to see the craziest looks at the 2019 Grammy Awards.