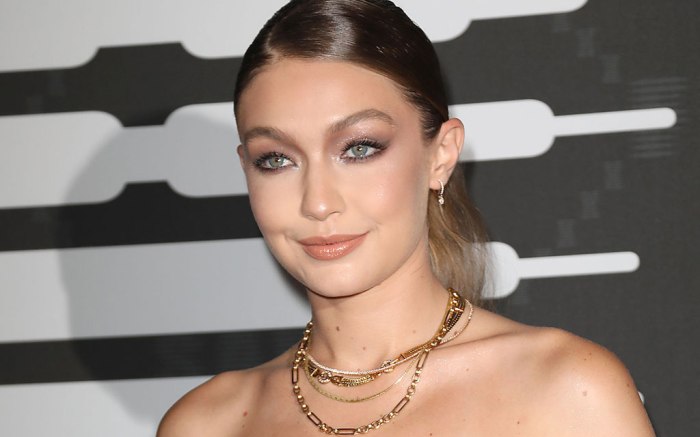 Only Gigi Hadid could pull off this look in the middle of New York Fashion Week.

The 24-year-old had an early call time yesterday before she walked in Michael Kors’ spring ’20 show — so she went with a super-comfy outfit.

Hadid wore a cropped white T-shirt with a cream-colored sweatsuit. She completed the cozy look with fluffy slippers in a taupe hue — perfect for showing off her pedicure.

On the runway, the Reebok ambassador was clad in a decidedly more dressed-up look, swapping her sweats for a long-sleeved, navy gown covered in sparkles. The ensemble was completed with black sandals.

Yesterday was a two-show day for the A-lister. After spending her morning on the Michael Kors runway, Hadid had a brief break before making her way to Marc Jacobs’ runway in the evening.

At the Marc Jacobs show, the catwalker walked on tiptoes barefoot, wearing a baby blue minidress with a matching hat. A long pendant necklace accessorized the look.

NYFW is now wrapped up, but it was a busy one for Hadid. In addition to Michael Kors and Marc Jacobs, the star appeared on runways for Ralph Lauren, Tom Ford and Savage x Fenty.

Click through the gallery to see some of Gigi Hadid’s best street style.