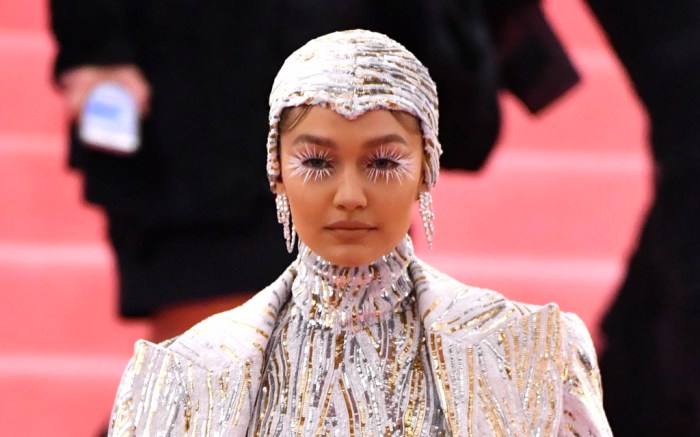 Gigi Hadid took us to the future with her look tonight on the red carpet at the 2019 Met Gala.

The supermodel went with a head-to-toe ensemble from Michael Kors Collection for the event. Her sequined silver, white and gold outfit consisted of a headpiece, a jumpsuit and a tailored coat with a feathered train. She added to the outfit with fake silver eyelashes and glittering accessories.

Hadid’s bodysuit melted perfectly into her boots, which continued the metallic pattern onto a pair of platforms with a chunky heel.