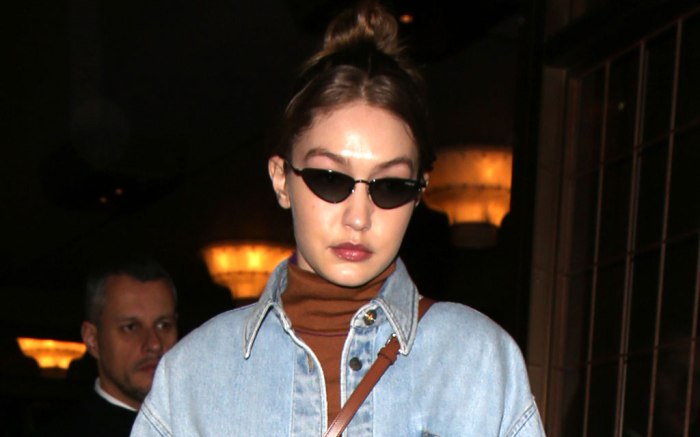 Head-to-toe denim can be a difficult trend to pull off but Gigi Hadid shows how to do it with ease.

The 23-year-old stepped out at London Fashion Week on Sunday clad in a light-wash jean jacket with matching mom jeans. Underneath, she sported a brown turtleneck sweater.

For footwear, the supermodel selected leopard-print boots. Animal prints have been trending in recent months, and leopard — which some fashion fans say constitutes a neutral — has been one of the most common takes on the trend.

Hadid finished off her look with Gigi Hadid x Vogue Eyewear sunglasses and a brown purse. She wore her hair in a high bun.

The Dutch-Palestinian beauty was spotted out and about in London a day earlier in equally bold footwear. She was outfitted in a 3.1 Phillip Lim pre-fall ’19 top that had exaggeratedly long sleeves. Hadid teamed the top with distressed jeans and bright blue pointy-toed heels.

The Reebok ambassador has yet to walk a show at London Fashion Week but made several runway appearances in New York. She kicked off Fashion Month by walking for the very first show: Tom Ford. And Hadid closed out New York Fashion Week with an appearance at Marc Jacobs, whose show was the last on the calendar in the Big Apple.

Click through the gallery to see more of Gigi Hadid’s street style.