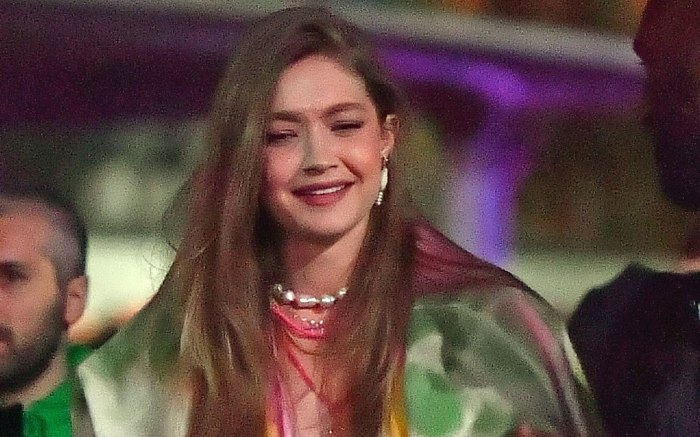 The 23-year-old stepped out to Coachella in Indio, Calif. last night clad in a cool look that included the tie-dye trend.

For footwear, Hadid went with black lace-up boots — a suitable choice for navigating the dusty grounds of Coachella.

The Reebok ambassador was on hand for Kacey Musgraves’ set, which she attended alongside brother Anwar and sister Alana. She also linked up with makeup artist Patrick Ta and family friend Olivia Perez.

Musgraves performed in a Balmain fringed orange minidress with gold Le Silla sandals. The six-time Grammy winner threw off her pumps at one point in her set, going barefoot as she danced around the stage.

Hadid’s first collection with Reebok debuted in February, featuring ’90s-inspired styles influenced by her volleyball career as a high schooler. Speaking with FN at the collection launch, the model explained her laidback street style.

“I wore leggings because they were comfortable, and it felt like me. That turned into what now people call the ‘athleisure street-style star.’ I don’t really see myself as that. That’s just what I wanted to wear, but I’m into it,” she told FN.

Click through the gallery to see more of Gigi Hadid’s street style.

Watch the video below to see a behind-the-scenes look at Bella Hadid’s FN cover shoot.