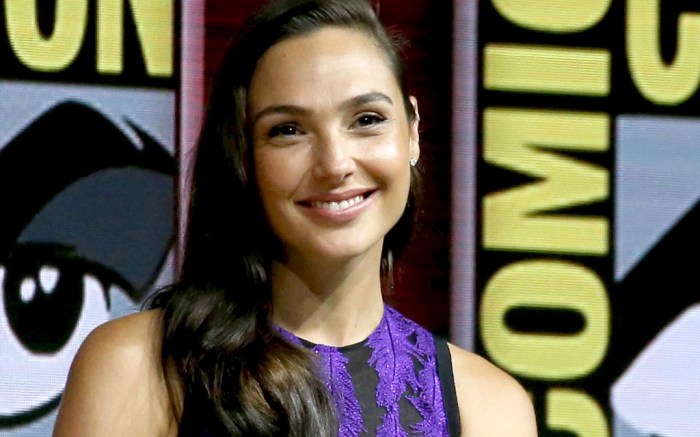 Gadot, 34, wore a chic two-tone beige and white midi dress from Givenchy. The knit dress featured a cut-out accent at the midriff and a pleated skirt.

On her feet, the Israeli actress wore strappy white sandals. The shoes had a rounded toe and were set on a slim stiletto heel.

Her dress’ beige colorway adhered to a major trend of the moment, as tan and brown are popular choices this fall. The neutral colorways have found favor among stars such as Hailey Baldwin and Bella Hadid.

Givenchy appears to be a favorite brand for Gadot. The French house made the A-lister’s 2019 Met Gala look: a white lace cape dress with matching black boots and a pearl headdress.

Although both her Met Gala footwear and today’s sandals boasted high heels, Gadot is famous for her willingness to wear flats on the red carpet.

At the 2017 premiere of “Wonder Woman,” the star wore flat gold Aldo sandals — priced at a budget-friendly $50 — with a sparkly red dress.

Click through the gallery to see some of Gal Gadot’s best red carpet style.