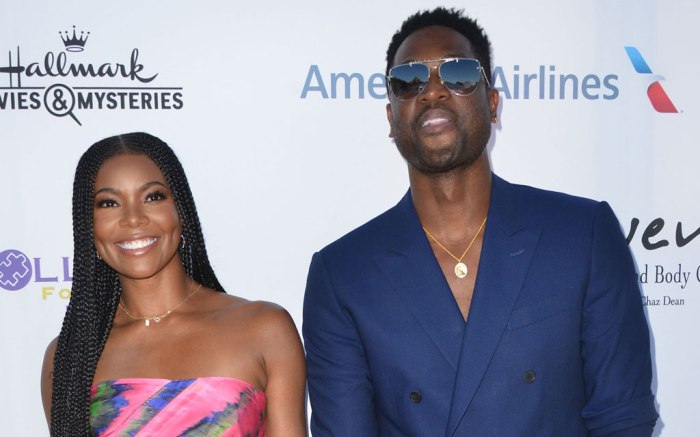 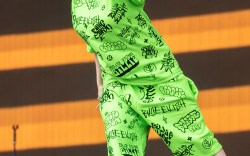 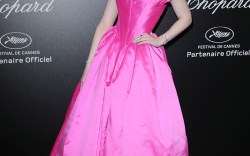 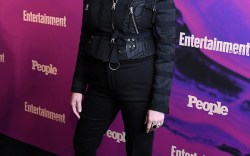 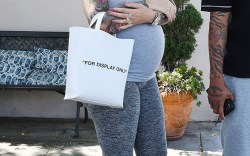 Neon is one of the biggest styling trends of the moment — and Gabrielle Union pulled it off to perfection at the HollyRod Foundation’s 21st annual DesignCare Gala in Los Angeles yesterday.

The “America’s Got Talent” judge sported a hot pink dress with abstract stripes from SemSem’s resort ’20 collection. While Union’s heels were hidden underneath her gown’s floor-length hemline, she accessorized in style with a highlighter yellow minibag from Gelareh Mizrahi. The “Breaking In” actress added a bit of bling with Sophie Ratner jewels.

Meanwhile, Union’s husband, retired Miami Heat star Dwyane Wade, wore a fitted blue suit made by M. Adrien Sauvage. For footwear, the three-time NBA champion chose technical sneakers from Li-Ning, the Chinese company with which he has a lifetime shoe deal. Wade inked a Li-Ning contract in 2012 and signed a lifelong extension last year. Before landing with the brand, the baller worked with Converse followed by Jordan Brand.

At last night’s event, Wade completed his look with tinted sunglasses, a gold chain and a brown leather watch with gold hardware.

Over the years, the couple have become regulars on the red carpet, joining boldface entertainers and athletes at some of the biggest events on the calendar. Other attendees at the DesignCare Gala included Eva Longoria, Skai Jackson and Candace Cameron Bure.

Click through the gallery to see more celebrities wearing neon.

Watch the video below for a behind-the-scenes look at Stephen Curry’s FN cover shoot.