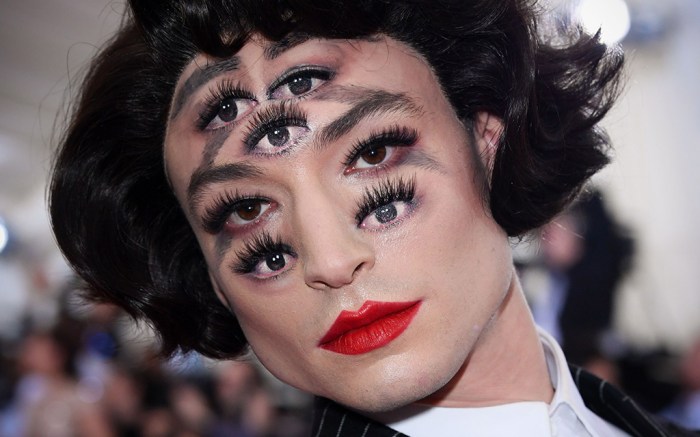 Celebrities often take heat for not dressing on-theme at the Met Gala, but not Ezra Miller.

The 26-year-old wore a custom-made look by Burberry’s Riccardo Tisci that consisted of a black pinstriped wool suit with an exaggerated cape detail. Around his midsection, he had on a crystal-studded cage corset.

For shoes, the “Perks of Being a Wallflower” actor chose black and white wingtips with embellishment on the toes. He carried a mask and wore dramatic makeup — with multiple eyes painted on his face and a bold red lip.

Lady Gaga is one of the hosts of this year’s Met Gala, alongside “Sign of the Times” singer Harry Styles and 23-time Grand Slam tennis champion Serena Williams. The theme is a play on a Susan Sontag essay from the ’60s.