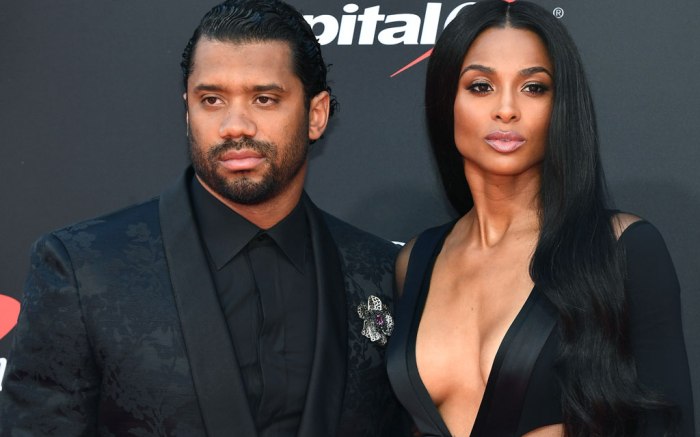 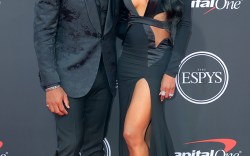 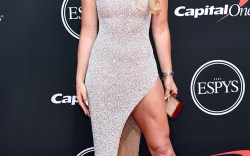 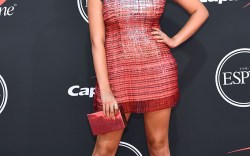 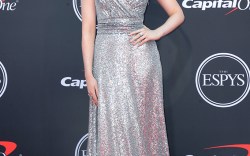 While fans might be more accustomed to seeing their favorite sports stars on the field, court or ice, the ESPY Awards offers an opportunity for athletes to ditch their uniforms for formal attire.

At the 2019 ESPYs last night, athletes mingled with Hollywood stars on the red carpet — all dressed to the nines. Among the best-dressed of the night were Russell Wilson and Ciara.

The couple, who recently celebrated their three-year wedding anniversary, turned heads in coordinated looks. Ciara’s black gown was anything but boring, featuring a sensual thigh-high slit and a plunging neckline. The “Level Up” singer teamed it with soaring black Giuseppe Zanotti sandals set on stiletto heels

Wilson wore a midnight black suit teamed with velvety shoes from Loriblu. The NFLer had an Alex Soldier brooch pinned to his lapel.

Another celebrity couple whose looks were a slam dunk? Gabrielle Union and Dwayne Wade.

Union shimmered in a purple and blue floral minidress and strappy silver sandals by Jimmy Choo. Jewels from Swarovski completed the look.

Elsewhere, ski champion Lindsey Vonn wore a glittery dress with a leggy slit, all the better to show off her fit legs and strappy sandals.

Kyle Kuzma was another statement maker. The NBA star stepped out in a denim-on-demin look from Fear of God.

Flip through the gallery to see the best-dressed stars at the 2019 ESPY Awards.