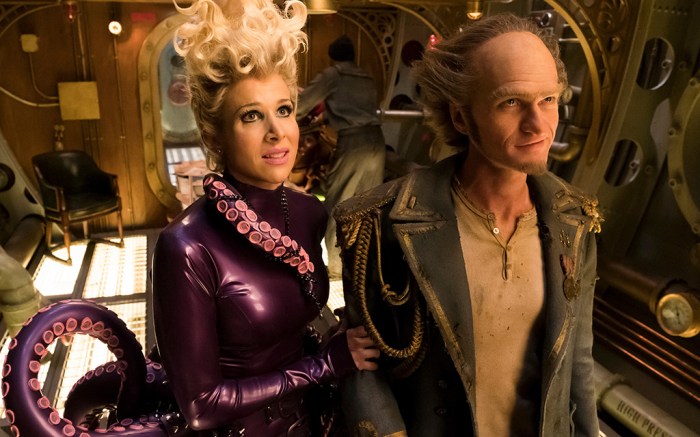 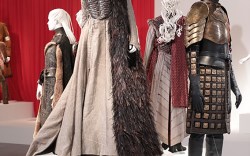 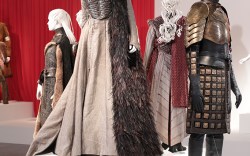 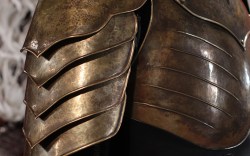 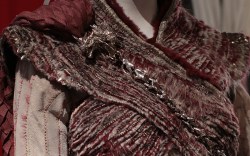 It’s another golden age for TV, which means the competition is fierce. And many shows that are thriving aren’t just leaving it to a star-studded cast to grab viewers’ attention. “Costume designers are stepping it up,” said fashion designer and TV personality Nick Verreos in August at the launch

The design school is presenting wardrobes from 23 programs — including 10 shows nominated in costume design categories at the Emmy Awards — through Oct. 26.

The Primetime Emmy Awards in costume design will be revealed at the Creative Arts ceremony, which will take place Sept. 14-15 and air on Sept. 21 at 8 p.m. ET on FXX. The main ceremony, for outstanding acting, directing and more accolades, will air live on Sept. 22 at 8 p.m. ET.

Below is roundup of standouts.

A voguing-fused drama on FX that explores New York City’s underground ball scene of the 1980s.

Retro styles featured: “Reebok recently reissued all of their ’80s shoes — like their high-tops — so we got them with all the colors.”

Standout character style: “With Pray Tell (Billy Porter), we always try to find fun, outrageous loafers and add to them. The first season, when we brought out some of the crazy stuff, he said, ‘I don’t’ know — let’s do it for Pray Tell.’ And then, [“Pose”] became a hit and Billy’s name was everywhere, and he was on every magazine cover. He came in going through the fittings and and said, ‘I’ve got to up my game and hired a stylist.’ So, Billy suddenly opened up to these great ideas and he’s making history on the red carpet.”

“A Series of Unfortunate Events”

In this Netflix fantasy-comedy, three orphans outwit sinister characters who plot against them in outrageous disguises.

Standout character style: “Esmé (Lucy Punch) needed boots and they had to match her octopus dress, so we had the latex dyed in London. Latex is quite toxic to work with because of the glue. When you put the compound glue onto the latex, it becomes a chemistry moment.”

A journalist returns to her small hometown, confronting her troubled relationship with her socialite mother while investigating a murder in this HBO drama.

Standout character style: “Adora Crellin (Patricia Clarkson) is never seen without heels, even in her nightgown, because she’s the queen. When her daughter (Amy Adams) comes in wearing black beat-up boots with mud on the bottom, it’s almost as if she just stabbed someone.”

Brands used: “Amy Adams had one pair of shoes all eight episodes because she just arrived with only a bag. It was Officine Creative, a black ankle boot with a tiny heel. We had probably eight pairs of them in different stages of distress. They are super-comfortable; I wear them myself. We took some color out of them, and we have an ager who does beautiful aging. You think about the character and what terrain they walked, how long they’ve had them, if they are hard on their shoes, if they put their shoes in a shoe bag — and that’s not what Amy Adams’ character did, she just put them on as a comfortable pair of shoes to go from A to B; it wasn’t a style choice.”