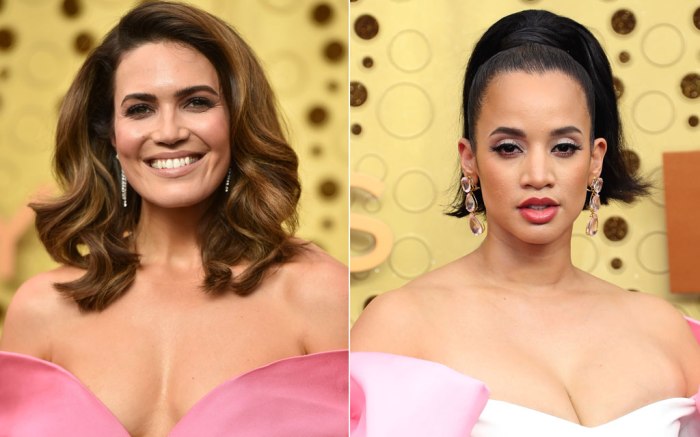 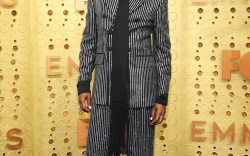 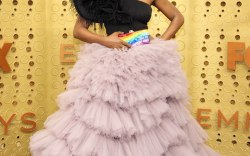 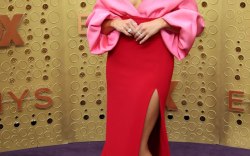 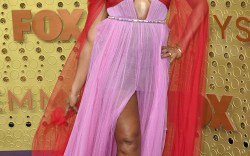 For television stars, there’s no honor more prestigious than an Emmy Award — so it’s no surprise that celebrities brought their A-game to the red carpet Sunday night at the 71st annual Primetime Emmys in Los Angeles.

Kristin Cavallari went monochrome in canary yellow. The shoe designer wore a strapless yellow gown with a thigh-high slit by Nicole + Felicia Couture. She matched it with Stuart Weitzman pumps that were custom-dyed.

While Cavallari popped in yellow, the color pink seemed to be a theme at the Emmys. Mandy Moore wore a two-tone red and pink dress with red ankle-strap sandals.

Elsewhere, Polanco’s “Orange Is the New Black” co-star Laverne Cox proved that red carpet style can make an impact beyond the sartorial. The LGBTQ activist wore a ruffled, one-shoulder dress with a rainbow-striped clutch.

In addition to packing a colorful pop, the clutch made a political statement, reading: “Oct. 8 Title VII Supreme Court.” It was a reference to a case, brought by the current administration, that could make it legal to fire an LGBTQ worker based on that identity.

On the men’s end, Sterling K. Brown opted for a classic tux with a slight twist. The “This Is Us” actor wore a red jacket and matching bow tie. For footwear, he selected shiny black dress shoes from Christian Louboutin.

Click through the gallery to see more best-dressed celebs at the 2019 Primetime Emmys.

What the Emmys Red Carpet Looked Like 10 Years Ago