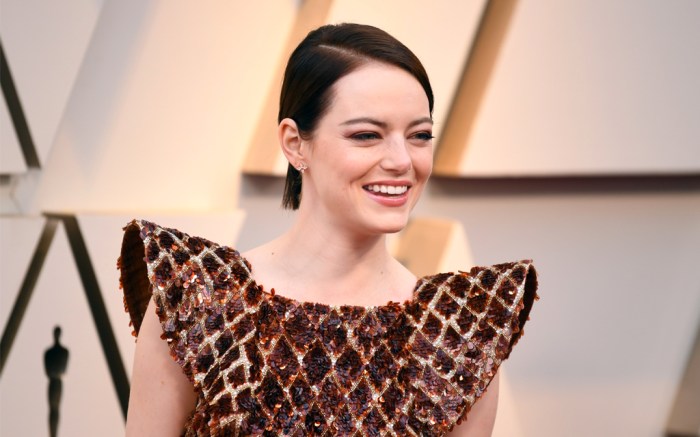 Emma Stone arrived on the red carpet tonight for the 91st annual Academy Awards in L.A. in an ensemble that proves win or lose, she’s still a winner in our lookbook.

The actress debuted a darker hairdo to match her dark brown and gold gown from Louis Vuitton. The dress features a diamond glittering pattern with bold structured shoulders.

Her heels paired well with the metallic in her ensemble. The sandals were a strappy gold set with a reflective shine.

Stone is nominated for Best Supporting Actress for her role in “The Favourite.” She is up against the likes of Regina King, Rachel Weisz, Marina de Tavira and Amy Adams.

“The Favourite” is set in 18th century England and centers around Queen Anne, played by Olivia Colman, who is also nominated tonight for Best Actress.

See all the celebrity red carpet arrivals at the 2019 Oscars here.