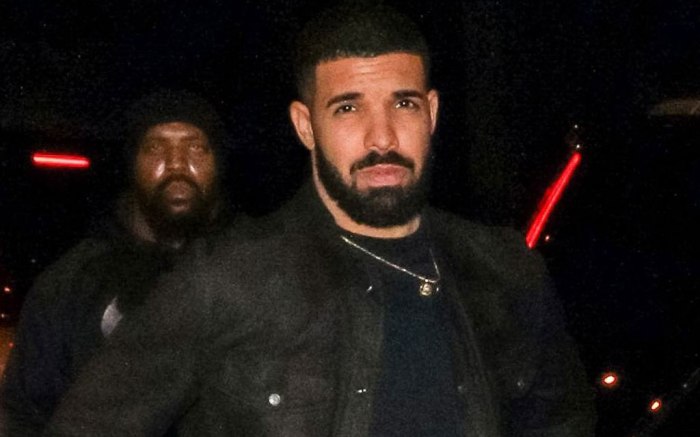 In a video by the Unknown Vlogs, the “Nice for What” rapper reveals that his outfit comes in at just under $1 million (the total is $979,000).

Talking with the Unknown Vlogs crew backstage in London, Drake reveals the full price behind his look, explaining that he’s flexing in the pricey ensemble for a night out.

The A-lister’s million-buck outfit consists of a custom-made gray Brioni suit jacket that runs $11,000, which he pairs with a black turtleneck ($2,000) and fitted trousers ($1,000), both from Tom Ford.

The bulk of the ensemble’s price comes from the bling: a $750,000 Richard Mille watch and a $200,000 chain custom-made by Jason of Beverly Hills. He had on two “priceless” bracelets, one a gift from his son and the other a present from a fan.

How Much is Your Outfit ft. @champagnepapi and the OVO crew goes live this evening 🤫🇬🇧🚀

The Canadian’s OVO crew showed off their own costly outfits backstage, ranging in price from $15,000 to over $100,000 — but as expected, Drake’s look was the priciest by far. The Unknown Vlogs channel has highlighted other expensively dressed folks (from hype beasts to Fashion Week attendees), but Drake’s ensemble is the priciest to date.

Kanye West Calls Out Drake on Twitter for Rapping About Yeezys

Drake’s Net Worth: Started From the Bottom, Now He’s Worth a Fortune

Drake Has Dinner in a Bright Orange Sweater With Nikes