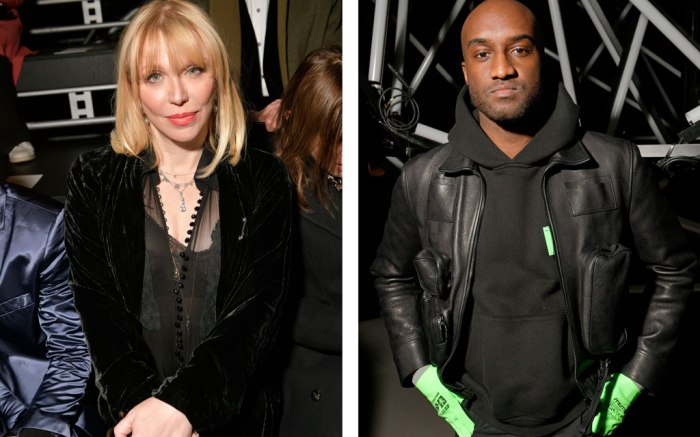 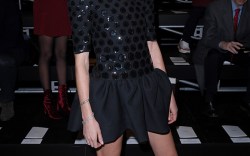 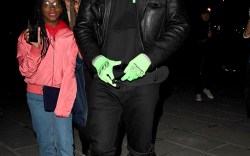 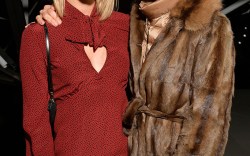 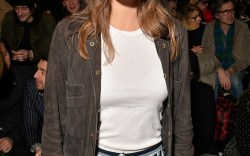 One of the biggest names to make it out to today’s show, held at Paris Fashion Week Men’s, was Courtney Love.

Also showing his support was Off-White designer Virgil Abloh, who was similarly clad in black but added a pop of color to his outfit with a pair of green gloves. Abloh wore a leather jacket, a black hoodie and dark pants. The Louis Vuitton men’s creative director finished off his ensemble with casual black Nike sneakers with white detailing.

Natalia Vodianova — who was on hand for Abloh’s Louis Vuitton show on Thursday — went with a chic all-black ensemble. The model dressed in a black minidress with shiny black polka-dots, which she paired with edgy ankle-boots.

Vodianova accessorized with a veiled black hat for a look that seemed as though it could have been plucked off the runway — and in fact, her look was pulled straight from the runway. The full ensemble appeared in the spring ’19 Celine show, Slimane’s first as creative director for the label after he replaced Phoebe Philo at the helm of the French fashion house.

Click through the gallery to see more celebrity guests at the Celine fall ’19 men’s show.