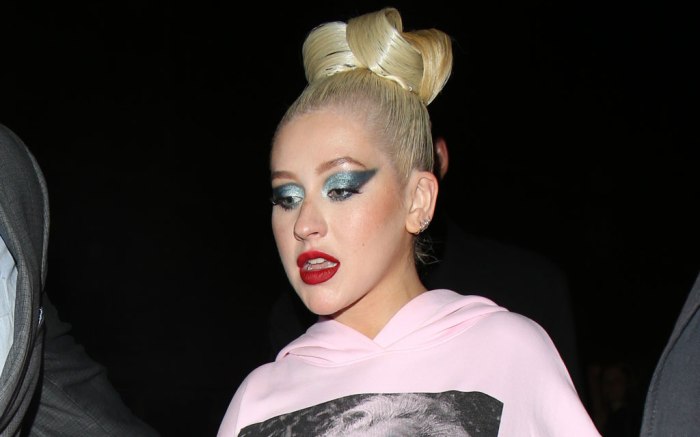 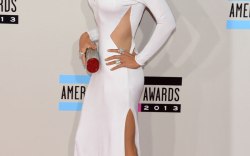 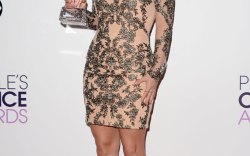 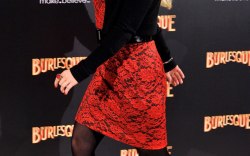 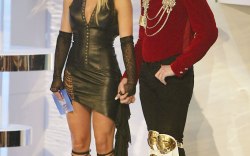 Christina Aguilera took a page from Ariana Grande’s fashion playbook with her latest ensemble. The pop icon was out in London yesterday clad in Grande’s go-to styling formula: an oversize hoodie and thigh-highs.

The 38-year-old star sported a pink Christopher Kane hoodie printed with an image of Marilyn Monroe holding a cat ($575 on Farfetch.com).

She teamed the hoodie with shiny red thigh-high boots that boasted an almond-shaped toe and a block heel.

In addition to being spotted out and about, the “Genie in a Bottle” performer attended the launch of Virgin Voyages’ capsule collection yesterday at the Royal Opera House.

For the event, Aguilera sported a shiny red coat dress and black thigh-high boots set on a sky-high platform.

Platforms are a major trend for fall ’19, and designers such as Rick Owens, Givenchy and Christian Louboutin came out with their own takes on the soaring style. The silhouette has gained favor with plenty of celebrities, among them Britney Spears, Gabrielle Union and Jessica Alba.

The hoodie and thigh-high combo, known as “lampshading,” is a look most associated with Grande, who spent last summer traipsing around New York City in the pairing. While Aguilera may have taken notes from the younger songstress about what to wear with her boots, she’s been sporting thigh-highs for years, both on the streets and onstage.