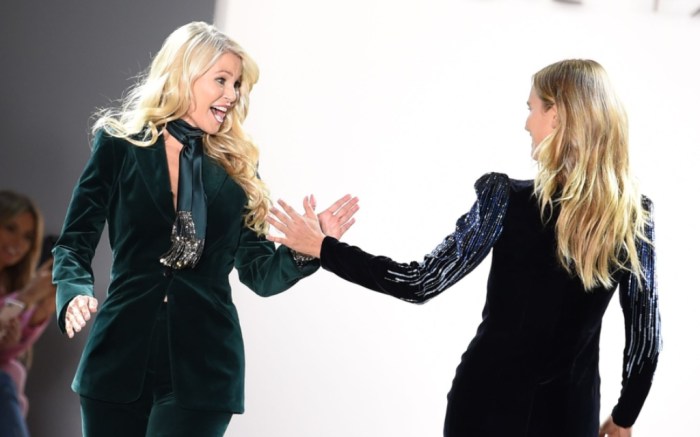 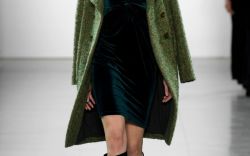 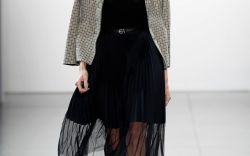 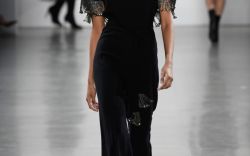 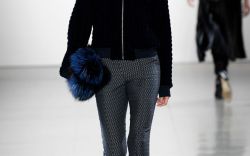 The mother-daughter model duo closed the Iranian-Israeli fashion designer’s show together, even giving each other a supportive high-five on the runway. The 65-year-old former cover girl wore a green velvet blazer with matching pants and an embellished scarf. For shoes, she rocked classic black booties.

Meanwhile, her mini-me hit the runway modeling a sultry black minidress with blue embellished sleeves and black thigh-high stiletto boots. Both the 20-year-old and her mom wore their blonde manes in glamorous loose waves.

This marks the first time the women, who are both signed to IMG models, have walked the catwalk together. Brinkley began her career in the 1970s and served as the face of CoverGirl cosmetics for over 20 years.

Tahari said in a statement about the show: “The Elie Tahari brand has always been for every woman, and that is why I’m so excited about having Christie and Sailor walk in our show, because Christie is timeless, and Sailor represents the cool, on-the-go woman who also wears our clothes.”

Check out the gallery for more of Elie Tahari’s fall ’19 collection.

Sailor Brinkley-Cook Is All About This Controversial Footwear Trend