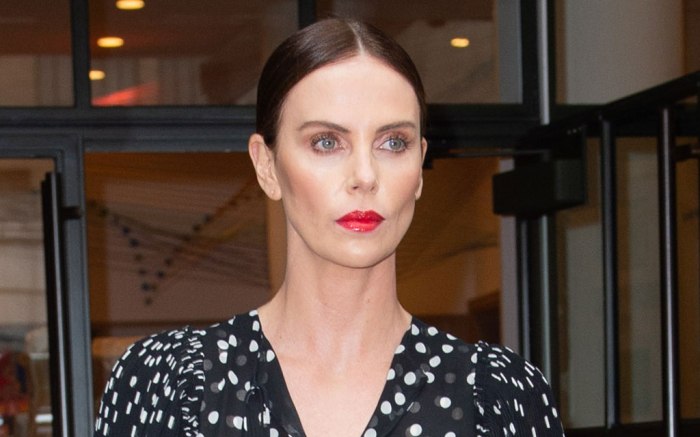 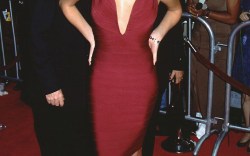 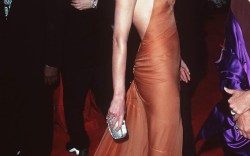 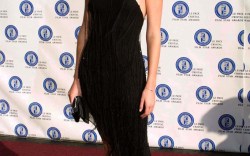 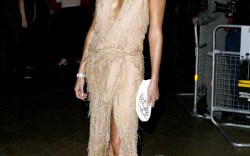 The 43-year-old was spotted exiting her hotel today in New York clad in a black and white polka-dot ruffled minidress, which she cinched at the waist with a logoed Dior belt.

The Academy Award winner wore her brunette bob pulled back into a ponytail. She added a pop of color to her monochrome look with her lip color, going for a bold red.

The African stunner was seen in a different black and white outfit yesterday, when she went to the “Howard Stern Show” in form-fitting leather pants, a white T-shirt and a blazer. Her shoes were matte black leather mid-calf boots with a block heel and tie detailing; they were from Saint Laurent and retail for $1,295.

Over the years, Theron has developed a reputation for her chic style on and off the red carpet. She is known as the face of Dior’s “J’Adore” campaigns, having been tapped for the role in 2004 by then-creative director John Galliano.

Click through the gallery to see how Charlize Theron’s red carpet style has evolved.

Watch the video below to see Hailey Baldwin discuss her street style influence.