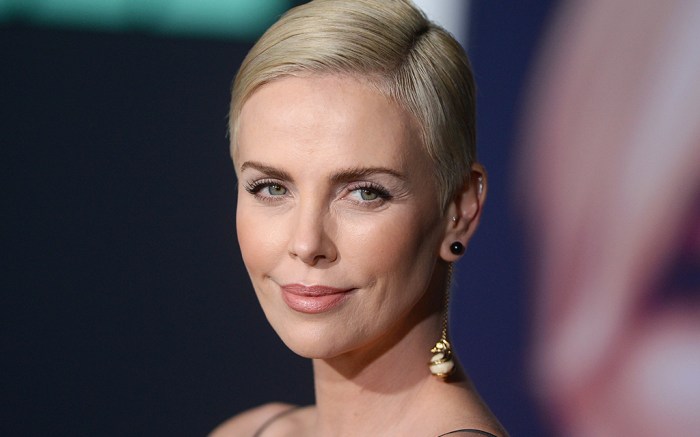 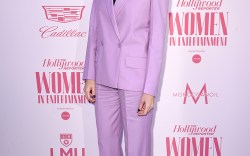 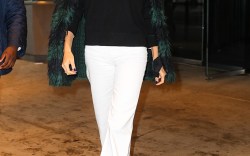 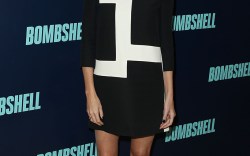 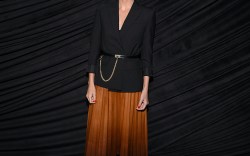 Charlize Theron is no stranger to the red carpet, and with critically acclaimed movie “Bombshell” about to hit theaters this month, the Oscar winner has been busy making her rounds to promote the film.

For her press tour, the actress has wowed in a range of edgy and elegant looks so far. Featuring ensembles from Dior and Givenchy, Theron has stayed consistent with her style by wearing neutrals and grayscale hues, with the occasional pops of color. She’s often seen mixing a more masculine aesthetic in leathers and modern suiting with ultra-femme gowns.

Most recently, Theron stepped out for the L.A. premiere of “Bombshell” in a black Dior fringed minidress. She paired the look with simple ankle-strap sandals. And at a recent screening, she opted for Dior yet again (she’s a brand ambassador), channeling the ’60s in a black minidress with a geometric white pattern running across the midriff. For her shoes, she wore black mid-calf boots with a pointed toe, a suedelike upper and a zipper on the side.

When it comes to suits, she is far from traditional. At The Hollywood Reporter‘s Women in Entertainment event this week, Theron chose a bright lilac suit from Givenchy’s resort ’20 collection paired with black pumps. And at recent screening of “Bombshell,” she wore Givenchy, this time opting for a beige pleated leather skirt and belted blazer with chain detailing.

For one of her most impressive looks so far during campaign season, Theron was seen in a futuristic Louis Vuitton resort ’20 ensemble at the Elle Women in Hollywood Awards. She wore the complete runway look, featuring a high-necked jacquard cropped top, inspired by New York’s Chrysler Building, an embellished double-breasted leather jacket and a blue wrap skirt paired with black booties.

For her role as Megyn Kelly in “Bombshell,” Theron has already garnered a SAG and Golden Globe nomination, which means we will be seeing more of the actress in 2020.