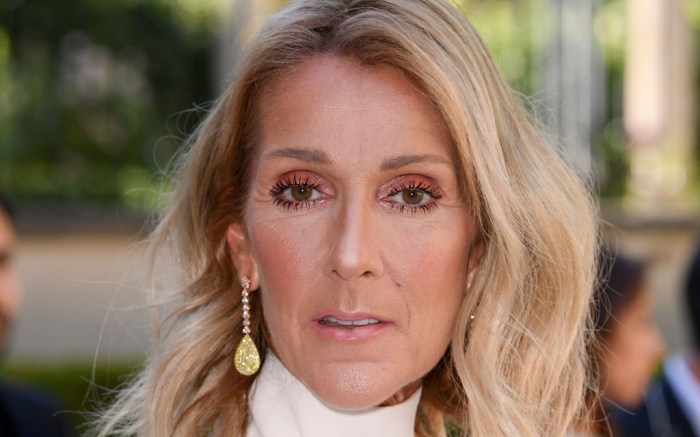 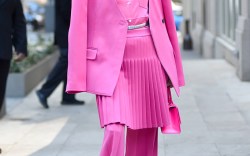 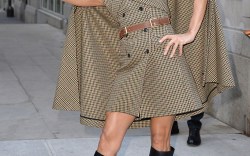 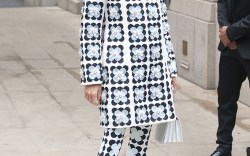 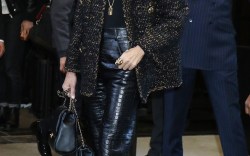 In an Instagram post today, the pop icon stood in front of her decorated Christmas tree wearing fierce, fiery pumps that look ready to take flight.

The shoes, which appear to have a paper upper, were created as a “one-of-a-kind art piece” by Toronto-based set designer Caitlin Doherty. The upper has layered flames, while the heel of the shoe features a full-length phoenix, with head, wings and tail.

Dion teamed the custom stilettos with a sparkling red dress. The gown featured a thigh-high slit, perfect for spotlighting the shoes.

Doherty’s eye-catching phoenix design was commissioned by the Scotiabank Arena, which gifted the heels to Dion earlier this month. Scotiabank Arena had the artist transform a plain pair of pumps, taking inspiration from the singer’s Courage World Tour performance looks.

In recent years, Dion has developed a reputation as a serious fashionista, thanks to her penchant for haute couture and her ability to pull off dramatic looks others wouldn’t dare attempt.

As January approaches, so too does Paris Haute Couture Week, which means fans of the A-lister can anticipate more jaw-dropping style moments as she zips around the City of Lights to attend runway presentations. Last winter, Dion made appearances at several shows, including Alexandre Vauthier, Valentino and Giorgio Armani.

Click through the gallery to see some of Céline Dion’s most unforgettable fashion moments of 2019.