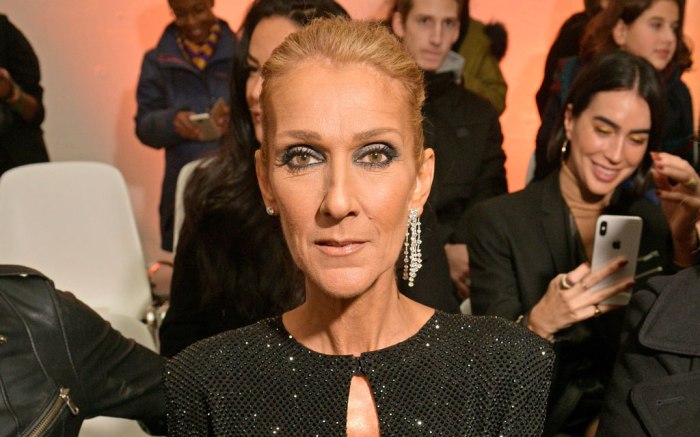 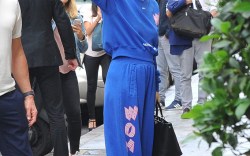 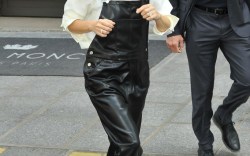 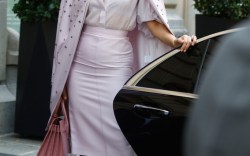 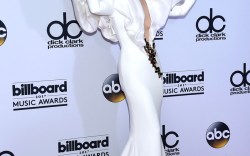 Céline Dion is never afraid to take a risk when it comes to her wardrobe — and she pulled off two eye-catching looks in Paris today during Haute Couture Fashion Week.

Her first stop of the day was Alexandre Vauthier. There, the 50-year-old chanteuse came out in a sparkling black floor-length gown with a thigh-high slit and a cut-out detailing at the midriff. She paired the leggy gown with classic black pumps.

Dion wore her hair pulled back and accessorized with a diamond-covered cuff earring and a cocktail ring, and she hugged the designer after his show ended.

The “My Heart Will Go On” singer then did a quick change of clothes before making a stop at the Giorgio Armani Prive show. Where her first look had been feminine and glitzy, Dion’s next look was menswear-inspired.

At Armani, the five-time Grammy Award winner came out in a white button-down top with a black bow at the neck, which she paired with wide-legged black trousers. Dion wore diamond studs in her ears and held a teensy black purse with a silver chain. She appeared to be wearing the same pair of black pumps.

Given Dion’s track record of wearing couture for all occasions, it seems likely that the songstress was scouting out looks for future appearances at today’s shows.