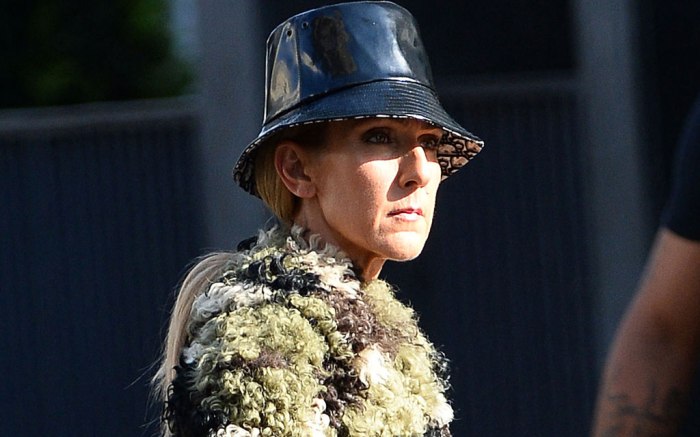 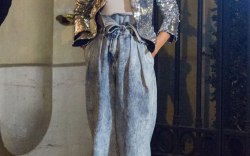 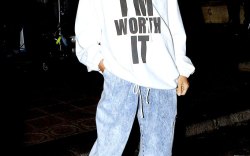 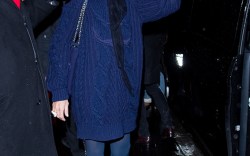 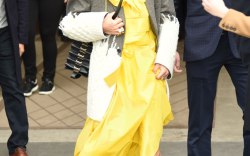 Need more proof that Celine Dion is a true fashion chameleon? Just take a look at her latest photo shoot in Paris.

The music icon was photographed wearing three totally unusual ensembles — from a full-length camouflage coat and combat boots to a dramatic bow-tie dress with patent legwear.

In a spin on military-style garb, Dion slipped into a patterned black and green coat. Despite camo’s intended function to disguise, the 51-year-old managed to capture even more attention on the streets of France’s capital city.

Completing the look was a pair of Prada’s lug-sole leather boots with utilitarian-inspired details such as zip pouches and a lace-up vamp.

The singer brought in similarly hardcore materials for her next look, with a spiked necklace that draped down to her hips. The accessory contrasted with her dainty attire, composed of a shiny green-sleeved dress and textured tights in a wine hue.

For footwear, Dion reached for a pair of white peep-toe shoes with a high stiletto heel. The slip-on style was arguably the simplest piece in her unexpected outfit pairing.

The sizable pouf wasn’t the only statement piece; Dion also clipped in giant jewels as earrings and wore a pair of black patent shoes that added a retro touch to an otherwise regal appearance.

Click through the gallery to see more of Celine Dion’s best street style looks this year.

Watch the highlights at the 2018 FNAAs.