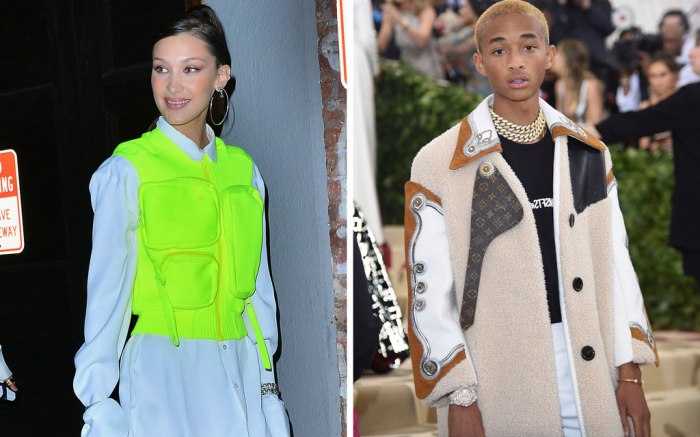 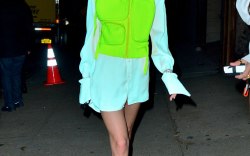 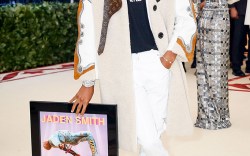 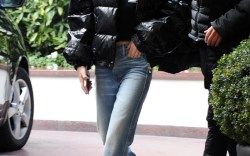 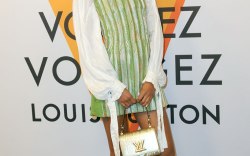 Louis Vuitton’s Archlight sneaker — a women’s shoe with a futuristic wavy sole — has become a celebrity wardrobe staple over the past year.

While the sneaker is marketed toward women, one of the biggest proponents of the shoe has been Jaden Smith. The rapper wore Archlights to the Met Gala in May 2018, pairing them with a Louis Vuitton monogrammed coat, a black T-shirt and skinny white pants for one of the more casual looks of the night.

Bella Hadid is also a fan of the trendy kicks. She wore them in January 2019 to attend a Louis Vuitton x Chrome Hearts party in New York. The supermodel paired her kicks with a light blue button-down, completing her look with a neon green reflective vest and hoop earrings.

Hadid’s pal Hailey Baldwin has been spotted out and about in Archlights as well. The “Drop the Mic” co-host paired hers with an oversized T-shirt while out and about in Malibu, Calif., in March 2018.

The trendy kicks have even worked their way to the stage: For a performance at London’s Wembley Arena in December 2018, “New Rules” singer Dua Lipa rocked dark Archlight sneakers with monogram print. She paired the kicks with a sparkly silver and black romper.

The Celebrities Who Are Fans of Balenciaga Triple S Sneakers