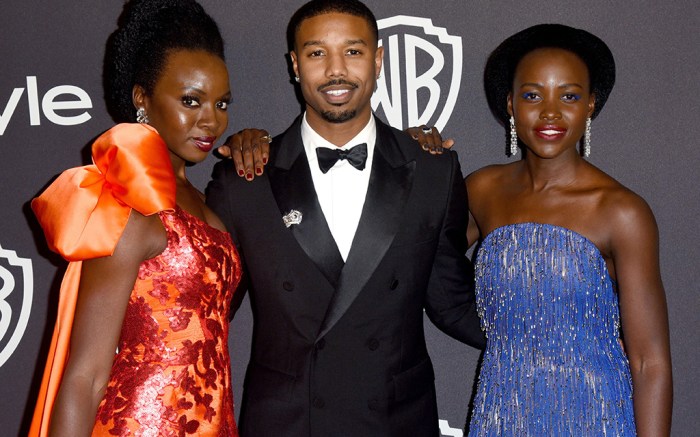 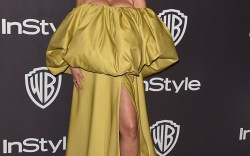 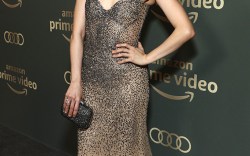 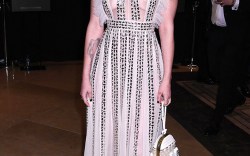 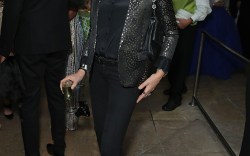 It was a star-studded night in Los Angeles on Sunday. Hollywood’s biggest stars gathered for the 2019 Golden Globes, kicking off awards season with a bang.

While Lady Gaga, Bradley Cooper and Rami Malek were among the many highlights of the main show, it was at the after-parties where A-listers came out in full force.

HBO, Netflix, Amazon and InStyle hosted events following the Golden Globe Awards and it looked like nonstop partying — and a nonstop parade of playful, experimental fashion looks. Case in point: plenty of see-through fabrics, high slits, sparkle and color made their way onto the red carpet.

Red hues were certainly trending for both men and women, but it was Machine Gun Kelly who took home best-dressed in this category. The rapper donned a slim-fit velvet red tuxedo by Tommy Hilfiger and patent leather shoes.

Kate Beckinsale also turned heads at the InStyle and Warner Bros Golden Globes after-party, wearing an Aadnevik sheer lace and tulle gown. She paired the spring ’19 ensemble, which has also been spotted on Gwen Stefani, with Stuart Weitzman sandals.

Click through the gallery to see more of the best-dressed celebrities at the 2019 Golden Globes after-parties.