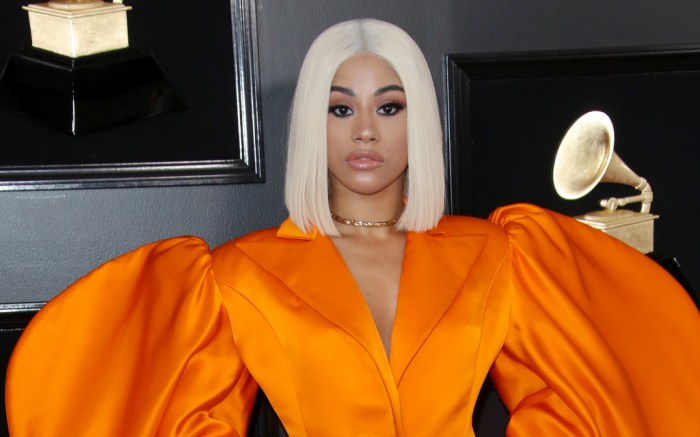 While Cardi B was off stealing the show in a vintage and unique ensemble, her younger sister, Hennessy Carolina, was making a scene of her own in a daring neon look.

Her dress wasn’t the only unique part of her ensemble. Her heels were a reflective set of multicolor, metallic, crocodile skin pumps that featured a pointed toe.

The famous sister has made a name for herself since Cardi B’s rise to fame, as she currently has over four million followers on Instagram.

She shared a shot of her and designer Jeremy Scott as she attended his show during New York Fashion Week yesterday. She captioned the image: “Jeremy Scott always keeping his foot on their necks! Always seems to amaze me with his unpredictable collections.”

Jeremy Scott always keeping his foot on their necks! 💥💥 💥Always seems to amaze me with his unpredictable collections😻

See all the celebrity red carpet arrivals at the 2019 Grammy Awards here.