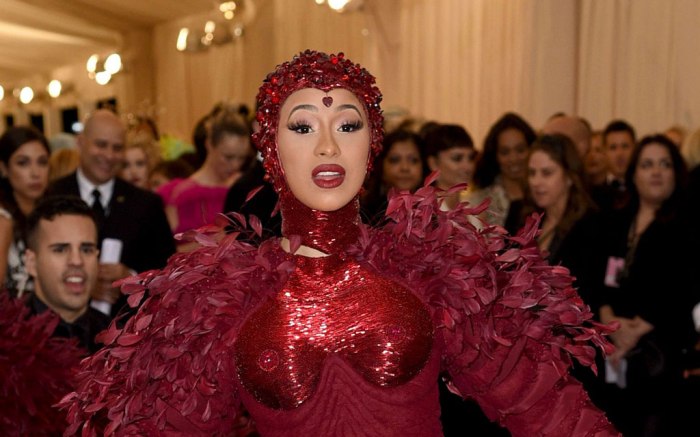 Cardi B had one of the most dramatic entrances of the 2019 Met Gala.

All eyes were on the 26-year-old as she arrived in a burgundy Thom Browne gown with a nearly endless train at the Metropolitan Museum of Art in New York tonight.

The gown featured feathered detailing on the shoulders and feather trim at the base, with a matching headdress. The “Invasion of Privacy” rapper’s footwear was not visible underneath the gown.

This marked Cardi’s second time attending the Met Ball. For her first appearance at the event last year, she joined Moschino designer Jeremy Scott clad in one of his designs. The then-pregnant star wore an embellished gown with an over-the-top headdress.