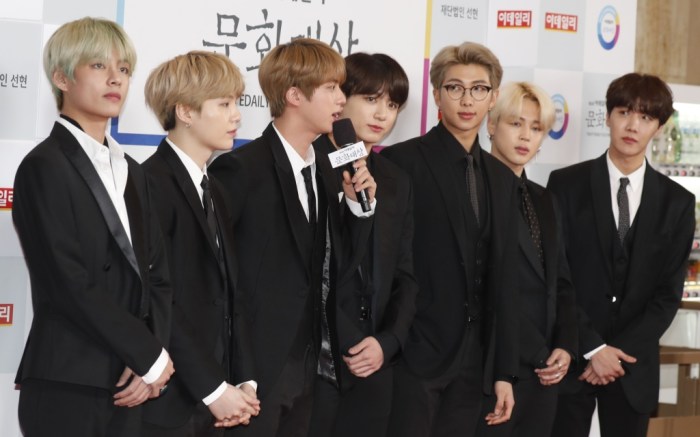 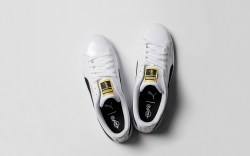 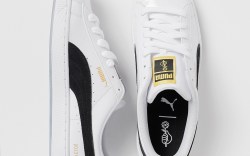 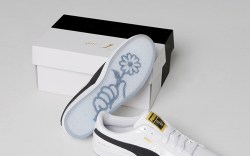 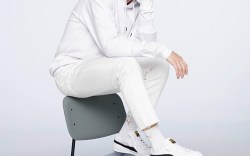 BTS and Halsey have a collaboration coming that fans are sure to go crazy for.

On Sunday, a first look of the wildly popular Korean boy band’s anticipated song “Boy With Luv” with the 24-year-old hitmaker was released. The 45-second teaser opens with Halsey rocking sherbet locks and glittery pink eyeshadow while sucking on a lollipop behind a movie theater window. Dressed in a light pink look, she abruptly closes the ticket booth and walks into the street where the boys from BTS are hanging out in fuchsia suits with matching sneakers.

The pop star pauses and simply looks at the band for a brief moment before continuing to walk out of the frame. Above them, a blue sign reads “Persona,” which is likely a reference to BTS’ upcoming album, “Map of the Soul: Persona,” which is slated to drop on April 12.

Fans of BTS and Halsey shouldn’t be surprised by this collab, as they’ve been friends since first meeting in 2017. Last summer, the “Bad at Love” singer shared a group shot of herself with the band in Seoul, South Korea, on Instagram.

How BTS, Wanna One, Big Bang and Other K-Pop Bands Are Igniting Fashion

K-Pop Boy Band BTS Teams Up With Puma on a Sneaker That Its Army of Fans Will Snap Up, Stat