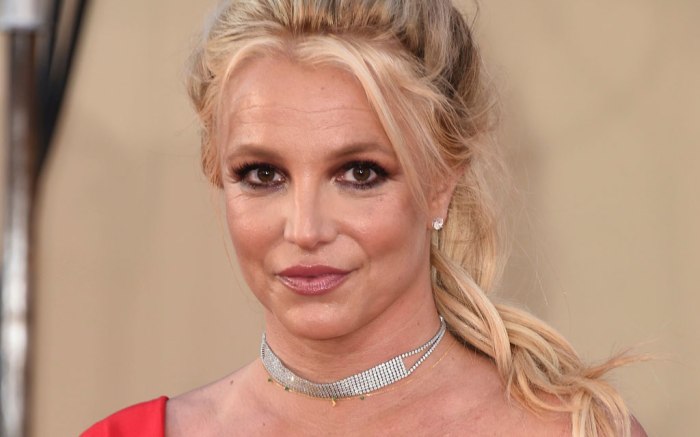 One of Britney Spears’ most iconic moments was when she brought a live python onstage at the 2001 Video Music Awards — but that doesn’t mean she feels a strong affinity for snakes.

The 37-year-old performer took to Instagram today to show off a pair of soaring Christian Louboutin pumps that she’s had in her closet for a while — and they’re made from snakeskin.

Four years ago I bought my first pair of Christian Louboutin snakeskin heels that were 6,000 dollars …. PS I’ve never worn them !!!! 🙄🙄

“Four years ago I bought my first pair of Christian Louboutin snakeskin heels that were 6,000 dollars …. PS I’ve never worn them !!!! 🙄🙄,” she captioned the image.

The pumps boast a platform base — a big trend for fall ’19 — with a soaring stiletto heel and Louboutin’s signature red sole. The shoes are mostly green with multicolored accents.

Christian Louboutin himself is offering platform heels for fall, along with metallic sock boots and disco-ready pumps. His fall ’19 collection is titled “Palace Nights,” an homage to a Parisian hot spot of the ’80s dubbed the Palace.

“I was totally drunk, dressed half as a man and half as a woman. I caught my dress in a door, rolled down the stairs and landed right at the feet of Yves Saint Laurent,” he confessed to FN of a night at the legendary boîte. “There he was, wearing black tie, sitting quietly with his drink, but he told me, ‘Don’t worry, this is a party.’ I felt so relieved because if you can literally fall at the feet of Mr. Saint Laurent at the Palace and it’s fine, that proves it’s OK to party.”

While her $6,000 never-worn Louboutins were a pricey purchase, Spears has plenty of affordable shoe styles in her wardrobe. The “Toxic” singer has been spotted in recent months clad in footwear by Steve Madden, Adidas and Birkenstock.

Flip through the gallery for Britney Spears’ most daring red carpet style through the years.