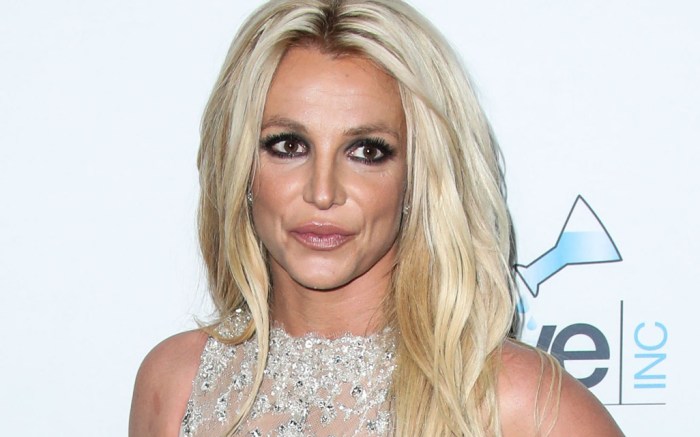 For shoes, the “Toxic” singer went with one of the season’s major trends: knee-high boots. She chose a pair of brown boots with a slouchy upper, block heel and rounded toe.

After a decade ruled by ankle boots, both on the runways and the streets, knee-highs are back in a big way for fall ’19. The style is perfect for pairing with the midi dresses and skirts dominating the ready-to-wear market, and it’s offered in loads of colorways, including neons and animal prints galore.

In addition to knee-high boots, Spears revealed Saturday that she’s into flip-flops. The “Womanizer” hit maker posted an image on Instagram of black Christian Louboutin pumps, with text reading: “You cannot act like flip-flops and expect to be treated like Louboutins.”

Spears captioned the post, “Damn I really like my flip flops though.” Of course, the ex-Disney star is also a fan of Christian Louboutin’s footwear. In August, she posted an image of unworn, $6,000 Louboutin heels to her Instagram account.

Flip through the gallery to see Britney Spears’ daring red carpet style over the years.