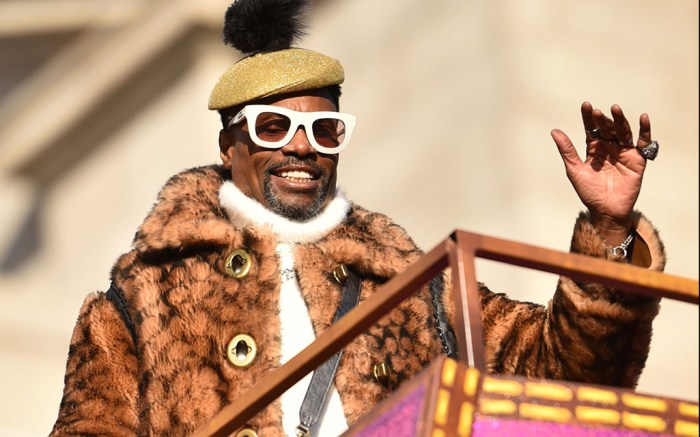 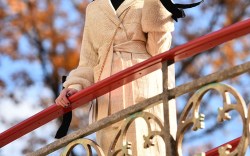 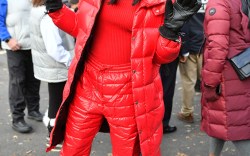 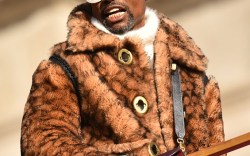 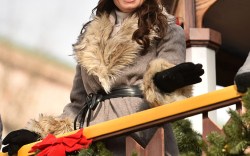 Billy Porter got into bed with Coach for the Macy’s Thanksgiving Parade today in New York. Quite literally.

Earlier this morning he posted a shot on his Instagram feed, lounging on his bed with a towel wrapped round his head, snuggled up with a plush green Coach dinosaur for company.

“It’s almost showtime y’all!” he wrote. “Gettin’ ready for this year’s annual @macys Thanksgiving Day Parade. Thrilled to be on the @coach float belting out my #1 single ‘Love Yourself’. Catch us on your screens TODAY at 9AM EST on the @todayshow #MACYSPARADE”

It’s almost showtime y’all! Gettin’ ready for this year's annual @macys Thanksgiving Day Parade. Thrilled to be on the @coach float belting out my #1 single ‘Love Yourself’. Catch us on your screens TODAY at 9AM EST on the @todayshow #MACYSPARADE 📸: @smallgirlbiglens

When he surfaced from beneath the sheets, the typically flamboyant star definitely didn’t disappoint with his outfit. He wore an animal print shearling coat by Coach and platform Turbo boots. He accessorized with oversize white glasses, plenty of statement jewelry and a gold glittery beret hat custom made by milliner Stephen Jones. It was embellished with a large fluffy black pompom.

Coach also posted an image of Porter in a yellow New York taxi cab on the way to the event with a Coach dinosaur balloon in the front seat. Not the driver’s side we hasten to add.

At the parade, however, the star travelled in state in the pink carriage that formed part of the Coach float. The float itself came led not by horses but a giant rendering of Rexy the Coach dinosaur. Just like Porter, it wore a hat. But unlike his bespoke gold version by Stephen Jones, Rexy’s was red.

Meet “Rexy and the City”—our colorful, magical float making its #MacysParade debut. Inspired by our hometown of #NYC and featuring our beloved mascot, #RexyTheCoachDino, the whimsical float marks the first time a luxury brand has participated in the historical Thanksgiving Day parade. #CoachNY

Scroll through our gallery to see what all the other celebrities were wearing at the Macy’s Thanksgiving Day Parade.

The Macy’s Thanksgiving Parade Everything You Need to Know

The Macy’s Thanksgiving Parade By the Numbers