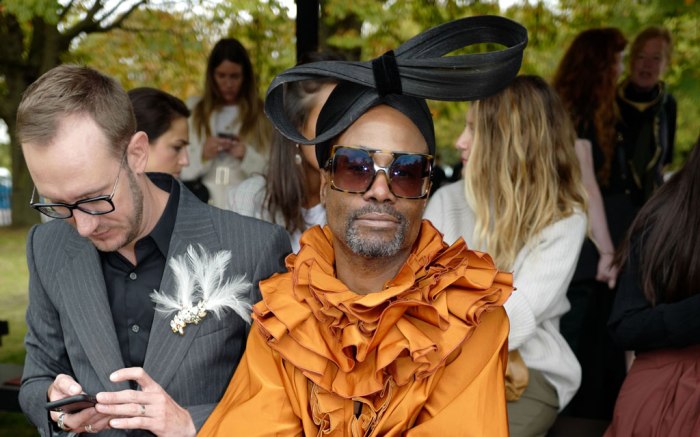 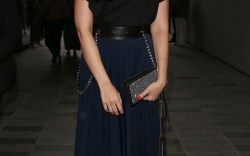 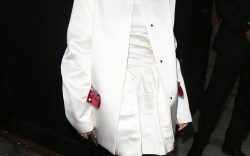 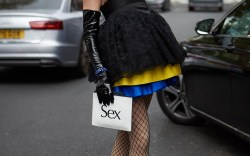 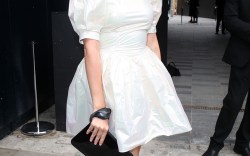 Billy Porter went to plenty of shows at London Fashion Week spring ’20 — and he pulled out all the stops with his ensembles.

The “Pose” actor, who famously sported a dramatic Christian Siriano gown at the 2019 Oscars, continued his streak of androgynous outfits with more than 15 looks over LFW’s five-day run, Sept. 13–Sept. 17.

On Sunday, Porter created a chic ensemble as he headed to Victoria Beckham wearing a silky printed button-down top and red pants from the label. He teamed the look with square-toed boots from Gucci and jewelry from Alexis Bitter and Mimi Prober.

The star sported one of his most over-the-top looks on Monday at the Roksanda show, where he wore a voluminous gold-colored gown with shiny black block-heel boots.

Christina Aguilera also made her way across the pond for the Christopher Kane shows. The “Dirrty” pop star wore a navy dress with black detailing from the label and pointed-toe, studded pumps at Kane’s show Monday.

Perhaps the buzziest show on the LFW calendar was Burberry, where there was plenty of star power in the audience and on the runway. Irina Shayk, Bella and Gigi Hadid and Kendall Jenner strutted down the catwalk, while Dua Lipa, Naomi Campbell and Rosalia were among those who held court from the front row.

In addition to the A-list crowd, LFW tends to attract British royals. This year was no exception, thanks to Lady Kitty Spencer, Princess Diana’s niece. She attended Roland Mouret’s Sunday show wearing a yellow dress and white pumps with gold detailing, both from the label.