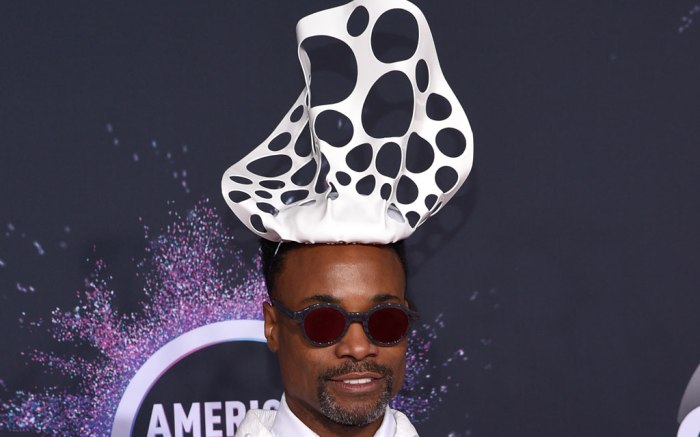 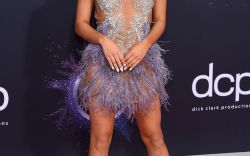 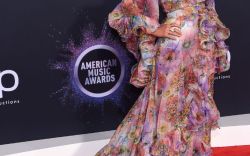 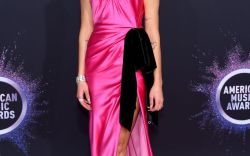 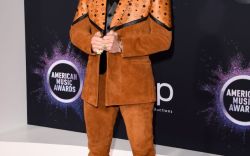 The “Pose” actor arrived at the Microsoft Theater in Los Angeles for the 2019 American Music Awards clad in an eye-catching ensemble.

Porter wore a Thom Browne men’s spring ’20 look with a dramatic white coat with cape and a matching gown.

On his feet, the star wore white and black wingtips with a pointed toe.

Porter completed the head-turning outfit with an angular cutout headpiece from Stephen Jones Millinery and an Oscar Heyman ring.

Over the past year, Porter has developed a reputation for being a risk-taking style stars. At the 2019 Academy Awards, he made a statement wearing a tuxedo gown in a custom black-and-white look from Christian Siriano.

Porter made a major statement on the red carpet at the Emmy Awards in September, sporting a sparkly Michael Kors pantsuit complete with platform shoes and an angular cowboy-style hat.

This year’s AMAs is being hosted by Ciara, with Taylor Swift taking home the Artist of the Decade honor. Swift is performing along with a slew of other boldface names, among them Selena Gomez, Green Day and the Jonas Brothers.

Post Malone is the most-nominated star with seven nods, while Ariana Grande and Halsey tie for second place with six apiece.

Click through the gallery to see more celebrity arrivals at the 2019 American Music Awards.