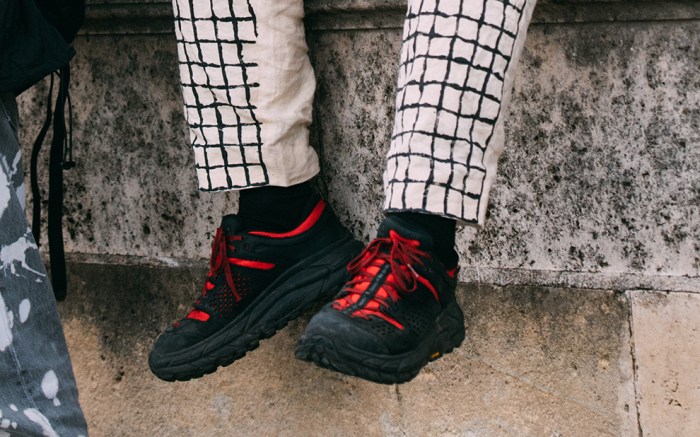 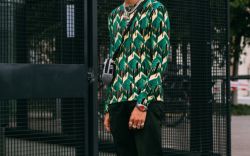 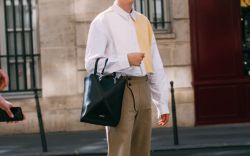 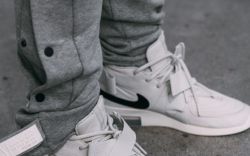 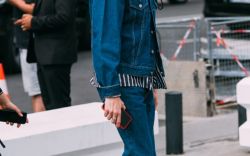 Many of the men in athleisure, formal and streetwear looks displayed exclusive, limited-edition collaborative shoes. One guest was seen wearing Chanel x Pharrell Williams sneakers. The white shoes featured Chanel’s monogram at the toe and spray-paint style writing throughout. He teamed the look with bright orange trackpants.

Another guest was spotted in Hoka One One x Engineered Garments’ shoes. They came in black with red accents, which were a sharp contrast to a cream-colored suit with windowpane prints.

Converse x J.W. Anderson’s Run Star Hike Hi sneakers made an appearance on the streets. The chunky platforms were paired with long white socks and corduroy tan pants. The partners have collaborated on other styles, including glittery Chuck Taylors, which debuted at Pitti Uomo spring 2018, and last year in October they released allover felt shoes on the Chuck 70 silhouette.