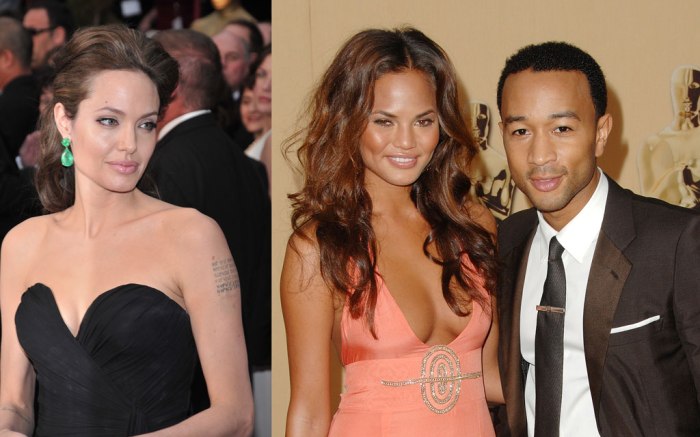 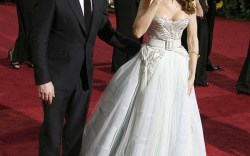 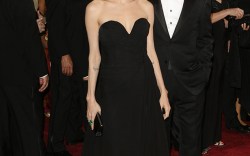 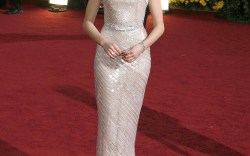 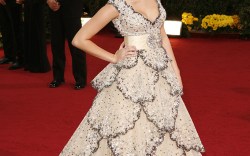 Capping off a jam-packed awards season, the Oscars are always one of the biggest events on the calendar.

The 2009 event was no exception, with “Slumdog Millionaire” picking up eight awards and Heath Ledger earning a posthumous Best Supporting Actor statue for his role in “The Dark Knight.”

But the star-studded red carpet was also a sight to behold that year.

“Slumdog Millionaire” leads Freida Pinto and Dev Patel — who were dating at the time — stepped out together at the awards show. Pinto dazzled in a one-sleeved John Galliano gown with Jimmy Choo heels, while Patel was stylish in a fitted tuxedo.

Anne Hathaway, who picked up her first nomination for “Rachel Getting Married,” stunned on the red carpet in a sparkling Armani Prive column gown. The dress hid her Casadei 1616 pumps, which were done up in a custom silver tone.

Nominated alongside Hathaway in the Best Actress category was Angelina Jolie, who stepped out in a black strapless Elie Saab gown with Ferragamo heels. She was joined by Brad Pitt, who looked dapper in a Tom Ford tuxedo.

EGOT winner John Legend hit the red carpet in a Prada suit alongside Chrissy Teigen. The Sports Illustrated model wore a coral-colored gown with sparkly embellishment at the midriff.

Beyoncé was on hand to perform a “Dreamgirls” tune, and she commanded attention in a black and gold dress with a mermaid silhouette. The “Love on Top” singer later took to the stage in a red bodysuit and strappy heels.

Click through the gallery to see more stars at the 2009 Oscars.