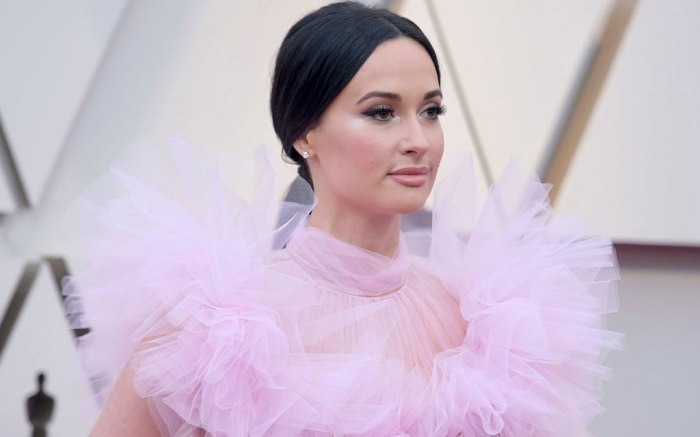 With her four Grammy wins this year — including the coveted Album of the Year honor — there’s no denying Kacey Musgraves’ star power.

As her fame rises, Musgraves has refined her red carpet style, making best-dressed lists time and time again with her fashion-forward looks.

Take Musgraves’ ensemble at the Academy Awards in February. The “Golden Hour” singer stepped out in an ethereal pink Giambattista Valli gown with Brian Atwood sandals.

The six-time Grammy winner went with a similarly fairylike-gown at the 2019 Grammy Awards. With the help of celebrity stylist Erica Cloud, she selected a blush Valentino gown with a red bow on the back.

Flowing, multi-tiered gowns are a red carpet staple for Musgraves. At the 2016 Country Music Awards, she turned heads in a custom Christian Siriano dress featuring a strapless neckline and dramatic skirt.

And at her first Grammys in 2014, Musgraves went with a more subdued take on the style, showing up in a nude gown with ruffles and multiple layers. She paired the princessy gown with strappy nude sandals.

But Musgraves also knows how to mix it up with her red carpet style. Take the songstress’ look at the Vanity Fair Oscars after-party this February. She dazzled in a glittery gold Versace dress with a cowl neckline, which she teamed with a metallic clutch and affordable Aldo sandals.

Click through the gallery for more of Kacey Musgraves’ red carpet style through the years.