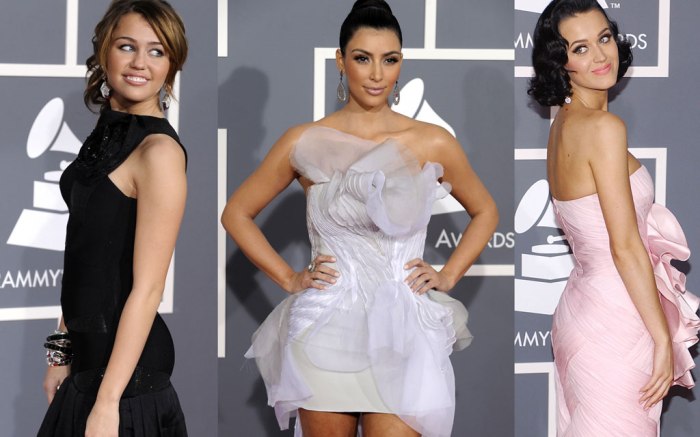 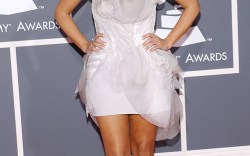 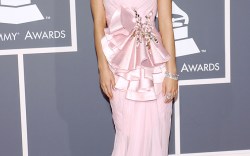 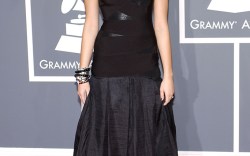 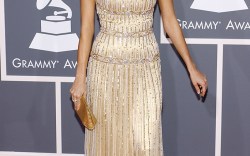 The Grammy Awards are always one of the biggest events of the year, and 10 years ago was no exception.

Big names like Taylor Swift, Miley Cyrus and Katy Perry performed at the show — and all three singers took to the red carpet in glamorous dresses that made an impact.

Swift and Cyrus teamed up to perform the former’s hit “Fifteen.” Swift sported a plunging black Kaufman Franco dress that hit her Rene Caovilla heels. Her then-signature spiral curls were worn in a festive updo.

Cyrus also opted for a black gown, choosing a custom bedazzled dress made for her by Herve Leger by Max Azria. She selected black BCBG heels for footwear.

Meanwhile, Perry went for a pastel pop on the red carpet. The star — who was nominated for her single “I Kissed a Girl” — stepped out in a pink strapless gown by Basil Soda. The ethereal dress featured ruffle detailing and embellishment at the midsection.

The “Swish Swish” entertainer finished off her look with Jacob & Co jewels and wore her dark hair in a retro-inspired bob.

Click through the gallery to see more celebrity arrivals at the 2009 Grammy Awards.

These Are the Most Stylish 2019 Grammy Awards Nominees

The Craziest Shoes to Ever Walk the Grammys Red Carpet

See What Celebrities Used to Wear to the Grammys